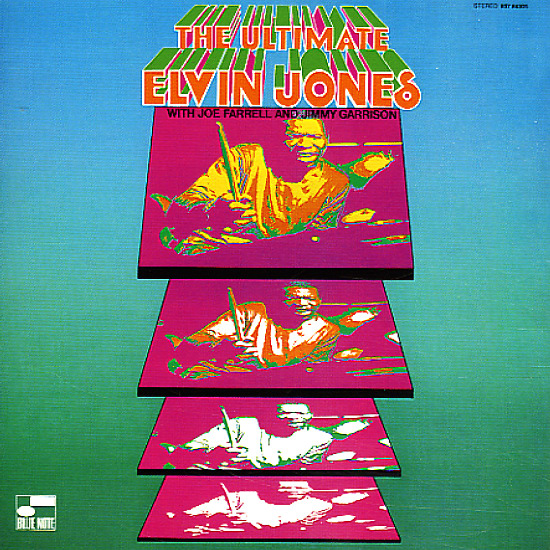 An incredible trio album – not just for the powerful drums of the great Elvin Jones, but also for amazing work on reeds by a young Joe Farrell! Farrell's in his pre-CTI years here, and really lets loose in the space of the album's open setting – a trio that just features Jones on drums and Jimmy Garrison on bass – soaring to the skies on these freewheeling solos on tenor, soprano sax, and even a bit of flute – all played with the kind of creative fire that we always find in Joe's best records! The album's a great illustration of the fresh directions that Elvin Jones was taking after the passing of John Coltrane – and the whole thing sparks with fire and brilliance – on bold tracks that include "In The Truth", "What Is This", "Sometimes Joe", and "Ascendant".  © 1996-2023, Dusty Groove, Inc.