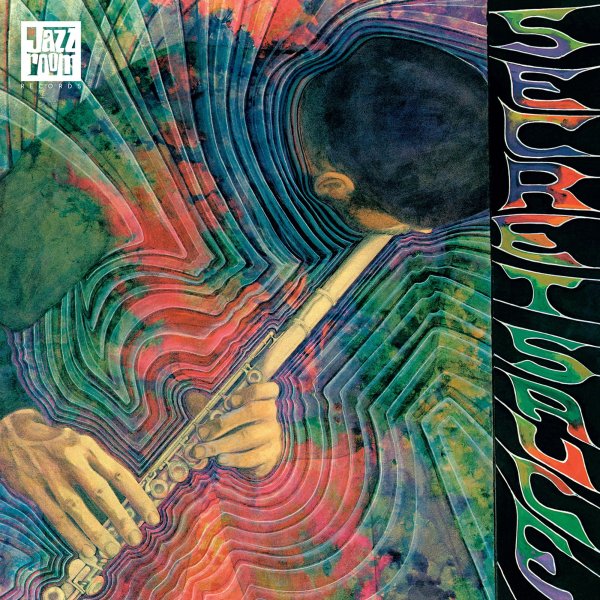 The cover art is a great fit for this record – as fluteman Eric Ghost works with some nicely psychedelic styles in his music – often some of the modes that contemporary Jeremy Steig would use on some of his coolest albums of the late 60s! Instrumentation here is nice and lean – percussion, bass, and piano – and there's a tightness to most of the cuts that moves between funky and spiritual modes, both of which are handled wonderfully by Ghost on his variety of flutes – with a mind-expanding approach that's light years past more familiar jazz flute material by an artist like Herbie Mann. Titles include "Moab", "Secret Sauce", "Bizarre Bazaar", "Orangeland", "Oliver Snagnasty", and "Pakakrakatoa".  © 1996-2023, Dusty Groove, Inc.