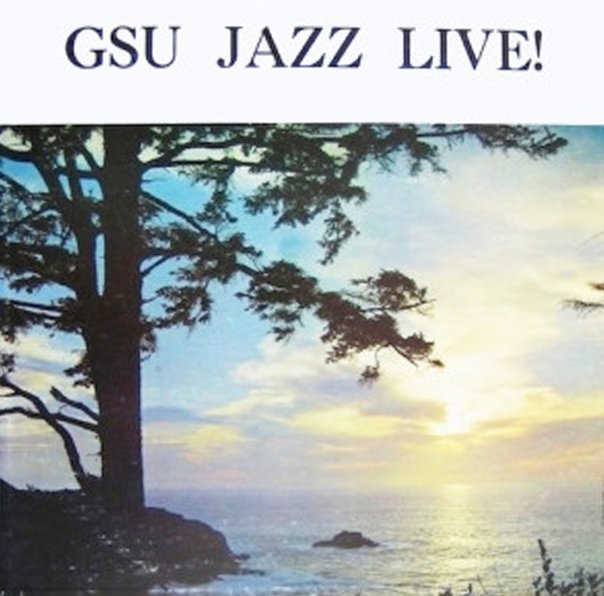 Also available
Governor's State University Jazz Band — Governor's State University Jazz Band Live ... LP 34.99
Governor's State University Jazz Band — Governor's State University Jazz Band Live (Japanese paper sleeve edition) ... CD 24.99
A really wonderful album of obscure jazz recordings from the Chicago scene of the 70s – way more than just the usual school band record, as the tracks here are mostly originals, and performed by a very inventive group of musicians! Governor's State University was a very hip place at the time – a public college at the end of the main train line running through the south side of Chicago – which made the school a place of great opportunity and expression for the city's African-American community. Rather than a junior college, GSU had higher levels of learning – and had an especially strong jazz program, as you'll hear in this set – which features both sextet performances and work by a larger ensemble – both imbued with some of the best creative legacy of the Chicago scene. Things never go far outside, but there's definitely a deeper understanding of musical reaches taking place here – and the core quartet features Walter Henderson on cornet, John Pate on piano, Eugene Vineyard on tenor, Ronald Askew on guitar, Jeff Simon on bass, and Curtis Prince on drums. These players are in the larger group – which also features William Howell and Gerald Myrow on trombones, Vincent Carter and Steele Seales on saxes, and Kenneth Brass and Melvin Williams on trumpets. Titles include "Crabmeat", "Song For Suzanne", "Keishaz", "Give It One", "Listen Here", and "Spanish Samba".  © 1996-2022, Dusty Groove, Inc.
(Includes obi!)

Shawn-Neeq (Japanese paper sleeve edition)
Black Jazz/P-Vine (Japan), 1971. Used
CD...$14.99 34.99
A stone classic on the Black Jazz label – and one of the most unique guitar albums ever! We're not sure what the title meant originally – but over the past few decades, it's come to stand for some heavy heavy guitar work from the legendary Calvin Keys – a record that's really ... CD

Adeus – The Berlin Concert
Sonorama (Germany), 1996. Used
CD...$9.99
A never-issued live set from Susannah McCorkle, recorded at a small club in Berlin – and done with a groove that's a really nice change from some of Susannah's other albums of the time! The live presentation is great – as it really lets us hear some of the charm that McCorkle can ... CD