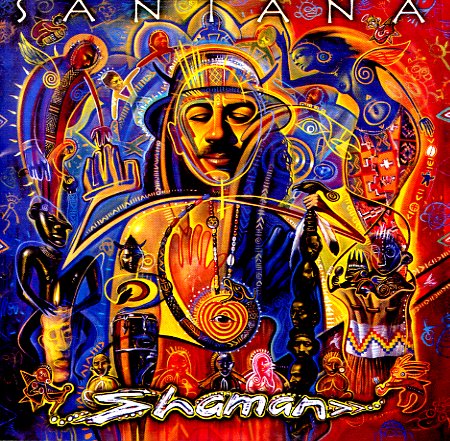 (Original UK pressing. Includes the insert. Cover has a partially unglued seam, small center split in the top seam, and a "Made In England" sticker.)

Santana III
Columbia, 1971. Very Good+ Gatefold
LP...$19.99
One of the most searing, soaring albums ever from Santana – a set that takes all the power of the previous two records, and packs it into one tight little set! There's plenty of Latin influences going on – mixed with heavy fuzz from Carlos, and lots of jazz and funky touches too – ... LP, Vinyl record album

Santana (1969)
Columbia, 1969. Very Good
LP...$28.99
A crossover Latin Funk classic – with the kind of soaring guitar/organ grooves that were the brilliant sound of the 70s for the West Coast scene, a whole new way of playing Latin Soul that blew away the New York sound of the late 70s. Titles include "Persuasion", "Evil ... LP, Vinyl record album