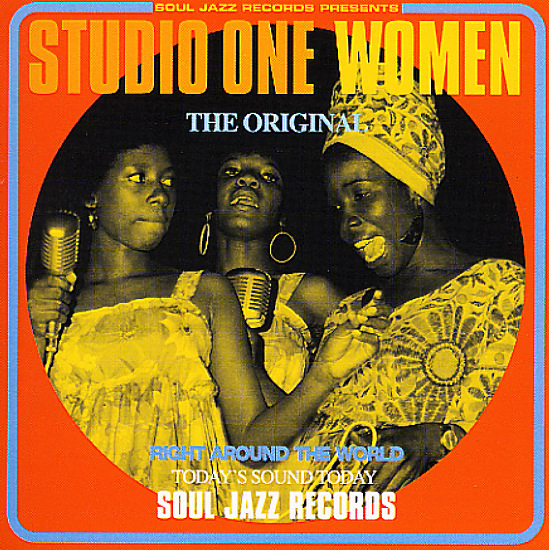 A really classic look at the legendary catalog of Studio One Records – one that not only offers up a special focus on the female artists who recorded for the label, but also really shows the wide span of sounds that Studio One created over the years! There's work here from the early rocksteady years on up to the birth of the digital age – and most of the cuts have a deeply soulful vibe throughout, with a nice balance between larger message and more personal hopes and dreams on the Kingston scene. Titles include "A Deh Pon Dem" and "King Street" by The Soulettes – an early group with a young Rita Marley – plus "I'm Just A Girl" by Hortense Ellis, "Dream Land" by Della Humprhey, "Give Love Another Try" by Claudette McLean, "I'll Give It To You" by The Tonettes, "You A Fool Boy" by Angela Prince, "War No Right" by Denise Darlington, "Tell Me Now" by Marcia Griffiths, and "Come To Me" by The Jay Tees.  © 1996-2022, Dusty Groove, Inc.

Disco Reggae Rockers
Soul Jazz (UK), Late 70s/Early 80s. New Copy 2CD
CD...$21.99 22.99 (LP...$36.99)
American grooves go Kingston – as the set features a wonderful assortment of funk and soul classics, all delivered here in reggae-styled versions! The approach is similar to the material featured in the older Reggae Disco collection from Soul Jazz – but the mix of modes here is much ... CD