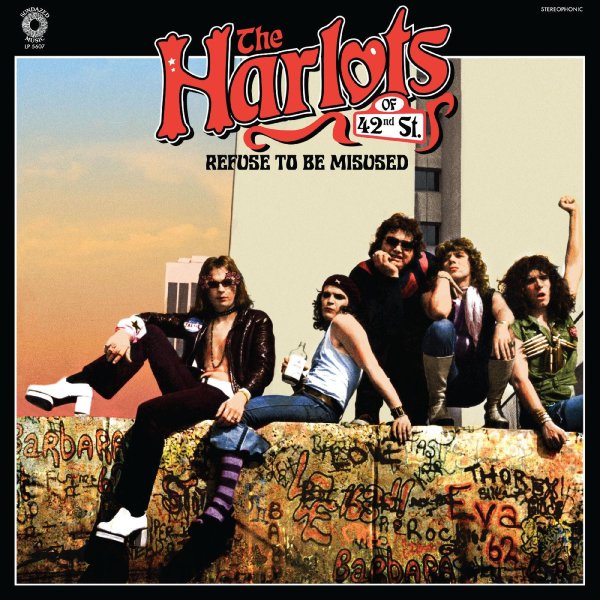 Refuse To Be Misused

Also available
Harlots — Refuse To Be Misused (pink vinyl pressing) ... LP 25.99
The fantastic lost legacy of The Harlots Of 42nd Street – a cross-dressing group who were Manhattan contemporaries of the New York Dolls, but who never got their best shot at fame! If anything, the group's lyrics are grittier than the Dolls – more in the streetwise/street scene mode of early solo Lou Reed, with plenty of tales from the gutter on up – and although their sound may be a little less punkish, their overall approach is still nice and raw, and completely unique! The group only issued one single back in the day, and this set is the first full-length document of their music – with titles that include "S&M", "Refuse To Be Misused", "Cool Dude & Foxy Lady", "Mother Nature", "Polyethylena Purebred", "Spray Paint Bandit", and "Double Bubble Bustin Baby".  © 1996-2022, Dusty Groove, Inc.