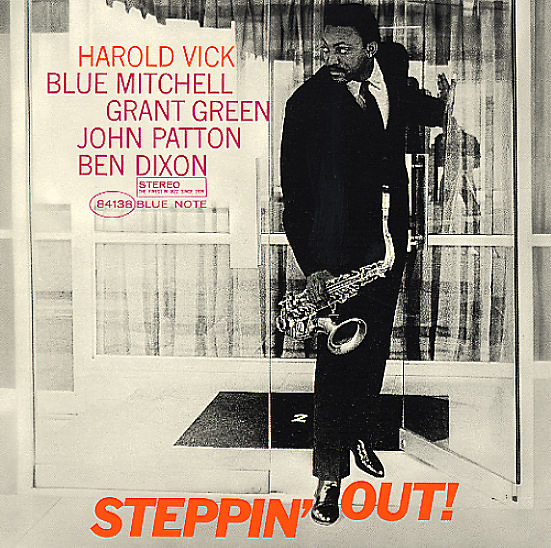 An album that's maybe one of the least familiar Blue Note records to most jazz listeners – a set that was barely pressed up at the time, and reissued infrequently – yet which is a tremendous debut as a leader from tenorist Harold Vick! At the time of the album's release, Vick had been bringing all these amazing sounds to Hammond albums by Brother Jack McDuff – reed lines that were very different in phrasing and tone than the tenor sounds of players like Gene Ammons and Sonny Stitt – and he continues that magic here, in a really wonderful group – with John Patton on the Hammond, Grant Green on guitar, and the mighty Ben Dixon on drums – a player with a loose touch that really fits Harold's unique sense of rhythm. Blue Mitchell also plays trumpet up front, bringing a nice tonal brightness to the album – and titles include a great version of Vick's "Our Miss Brooks", plus "Steppin Out", "Vicksville", and "Trimmed In Blue".  © 1996-2023, Dusty Groove, Inc.
(Part of the excellent Blue Note Tone Poet series – heavy vinyl and cover!)