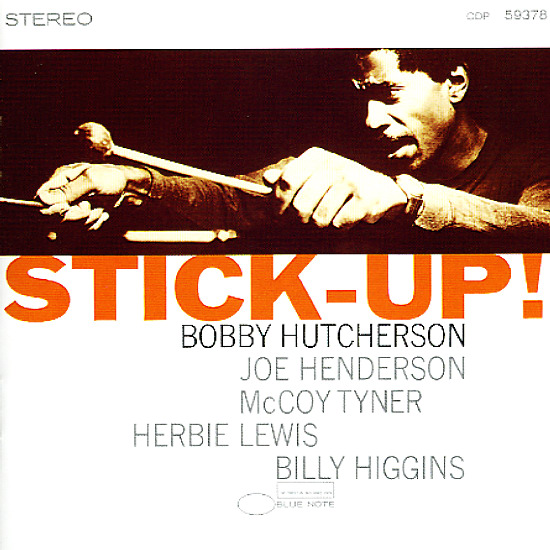 The sticks are up, and Bobby Hutcherson is at the top of his game – hitting a whole new groove here in this sublime session of modal numbers for Blue Note – a slightly warmer set than his more modern albums of the "new thing" years, and a great indication of the directions he'd take in the 70s! Bobby's vibes are set up wonderfully here in a quintet that includes Joe Henderson on tenor sax, McCoy Tyner on piano, Herbie Lewis on bass, and Billy Higgins on drums – all players who bring key elements to the groove. Tyner's got an obvious ear for the modal rhythms that Hutcherson's heading for; Higgins' drum work is freely lyrical in all the best ways; and Henderson's horn sharpens the edges of the tunes a bit, bringing in some nice darker sounds. The kickoff track is an amazing modal reading of Ornette's "Una Muy Bonita", and the rest tracks are all Hutcherson originals, including "Summer Nights", "8/4 Beat", "Black Circle", "Verse", and "Blues Mind Matter".  © 1996-2023, Dusty Groove, Inc.
(Part of the amazing Blue Note Tone Poet series – heavy vinyl and cover!)