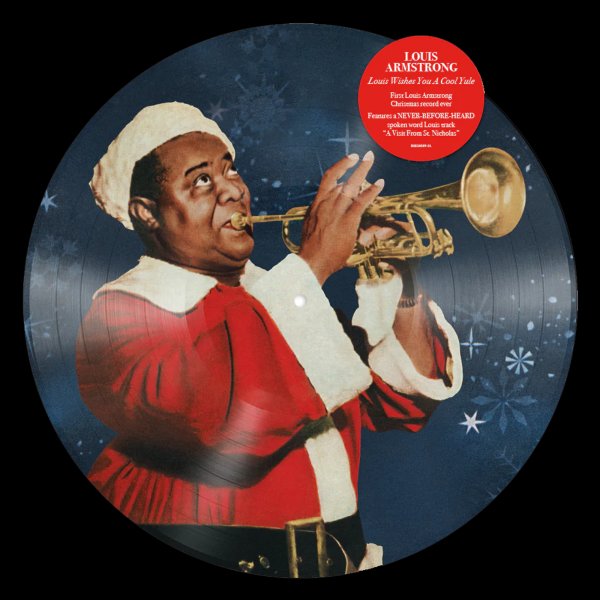 Louis Armstrong's given the world a number of famous Christmas tunes over the years – but oddly, he never issued a full album of Holiday music over the course of his many decades of recordings – a fact that's finally corrected here, with the first-ever full length record of Louis' Holiday songs! The album's maybe most noteworthy for its final track – an unissued reading of "A Visit From St Nicholas" by Armstrong, with piano backing from Sullivan Fortner – and the album also includes a duet with Velma Middleton on "Baby It's Cold Outside", and with Ella Fitzgerald on "I've Got My Love To Keep Me Warm" – next to other cuts that include "Christmas Night In Harlem", "Cool Yule", "Zat You Santa Claus", "Christmas In New Orleans", "Moments To Remember", "Winter Wonderland", "White Christmas", and "What A Wonderful World".  © 1996-2022, Dusty Groove, Inc.

Merry Christmas Love
Disney, 2022. New Copy
LP...$21.99 24.99
Joss Stone has given us some very soulful records over the years, and she continues that approach here – serving up a set of familiar holiday tunes with a style that's almost more traditional at times! Backings are handled by Tim Lauer, and have a solo piano amidst larger orchestrations ... LP, Vinyl record album

Very Chilly Christmas (180 gram pressing)
Fontana, 2021. New Copy
LP...$20.99 23.99 (CD...$11.99)
A surprisingly straightforward Christmas album from Chilly Gonzales – one that features spare piano on most of the tracks, usually handled with this really moody vibe that really gets the complicated spirit of the holiday right! It's as if Chilly knows that the season can be as sad for some ... LP, Vinyl record album

Christmas Jollies (red vinyl pressing)
Salsoul, 1976. New Copy (reissue)
LP...$23.99 24.99 (LP...$3.99)
Philly classics for the Holidays! The legendary Christmas Jollies set by the Salsoul Orchestra was one of the label's biggest-selling albums – originally recorded in 1976, and pressed again and again over the years – and eventually remixed even stronger in the early 90s. Vince Montana ... LP, Vinyl record album