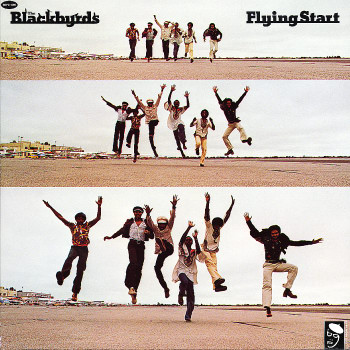 Not the band's first album – as you might think from the "start" in the title – but a classic batch of jazzy, funky, and soulful grooves from The Blackbyrds – one of those combos that few groups could match back in the 70s! The set's got a beautifully put-together feel – tight enough to crossover somewhat big with a larger audience than the group's previous effort – but still filled with the kind of righteous energy that first got them going, a sublime mix of jazzy rhythms and soulful elements, all held together tightly by production from Donald Byrd. Tracks include the big hit "Walking In Rhythm", which was an oft-spun 45 back in the day – plus some great funk moments, like the tasty "Spaced Out", the choppy "The Baby", and the captivating "Blackbyrds Theme". Other cuts include "Future Children Future Hopes", "I Need You", and "April Showers".  © 1996-2022, Dusty Groove, Inc.