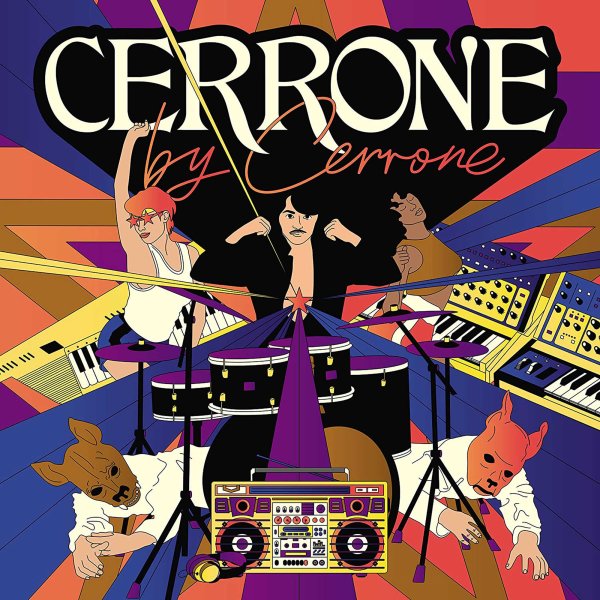 Cerrone By Cerrone (with bonus track)

Also available
Cerrone — Cerrone By Cerrone (blue vinyl pressing) ... LP 31.99
French disco legend Cerrone has been alive and well in recent years – thanks to attention from a younger generation who've really helped reintroduce the world to the genius of his grooves! The set's definitely got more of a contemporary vibe than Cerrone's 70s music, but all the best elements are firmly at play here – especially the kind of longspun grooves that always make his work as hypnotic as it is groovy – maybe no surprise as many of the tracks here are remakes of older gems from back in the day. Most tracks feature vocals from Brendan Reilly – and titles include "You Are The One", "Striptease", "Supernature", "Cerrone's Paradise (Joey Negro's soulful mix)", "Love In C Minor (Dimitri From Paris rmx)", "Call Me Tonight", "Hooked On You", "My Desire", "Look For Love (Reflex revision)", "The Only One (Mercer rmx)", and "Give Me Love" CD features a bonus track – "Non Chiamarmi Mai".  © 1996-2023, Dusty Groove, Inc.

Best Of Roy Ayers – Soul Essential Series
Polydor, 1970s. New Copy
CD...$5.99 13.99
Roy's so great, we'd be hard pressed to sum up his genius in a simple greatest hits set – but we love his work so much, that any sort of collection is always a treat! The set brings together 15 of Roy's hippest numbers for Polydor – including some early funk tracks that have now become ... CD

Let's Get It On (expanded edition)
Motown, 1973. New Copy
CD...$5.99 14.98 (LP...$49.99)
An amazing record that stunned the world almost as much as Marvin's previous effort, What's Going On. Like that one, this album's an amazingly unified batch of tracks – with a visionary message about sex and love that is as honest and bracing as the politics and social commentary of his ... CD