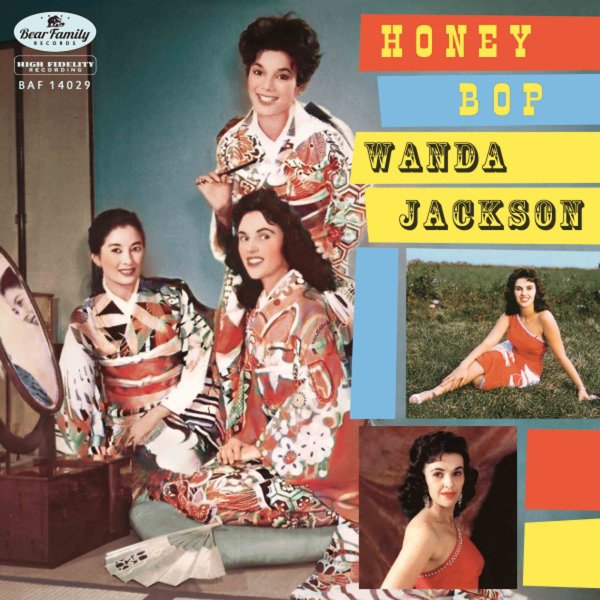 A really great collection that brings together some of the most hard-rocking tracks from Wanda Jackson's early years on Capitol Records – a time when the singer became an instant legend for her hard-edged way of putting over a tune! At a time when the early rock scene was dominated by male singers, Jackson cut a very striking figure as one of the few who could weave together elements of hillbilly and R&B like the best young singers at Sun Records – captured here with a rawness that's very different than most of the mainstream productions that Capitol were putting down for the pop market! The guitar is great – as raw and ragged as the vocals – and titles include "Baby Loves Him", "Mean Mean Man", "You Don't Know Baby", "Let's Have A Party", "Funnel Of Love", "Savin My Love", "Honey Bop", "Tongue Tied", "Cool Love", "Hot Dog That Made Him Mad", and the classic "Fujiyama Mama".  © 1996-2023, Dusty Groove, Inc.