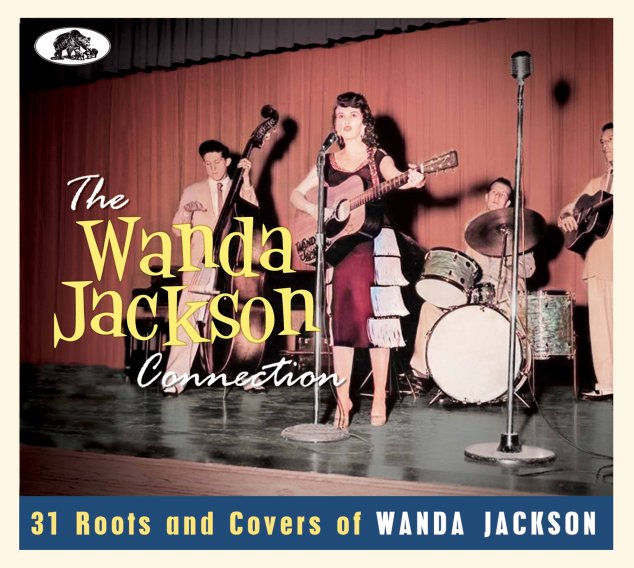 The great Wanda Jackson is often hailed as a unique early figure in both rock and country music – yet back in the day, Wanda's work didn't occur in a vacuum – as you'll hear in this wonderful collection of cuts! As the title indicates, the set brings together both work that inspired Jackson, and which took off from her own inspiration too – nicely situating Wanda in a larger world of early rock, late hillbilly, and nascent country – all supported with the usual great Bear Family stylish package and detailed notes! CD features 30 tracks in all – and titles include "Let's Have A Party" by Bix Bryant & The Raiders, "So Soon" by Bobby Bare, "I Gotta Know" by Rosie Flores, "Stupid Cupid" by Jenny Lunna, "Fujiyama Mama" by Eileen Barton, "Just A Queen For A Day" by Lydia & Her Melody Strings, "Party" by The Collins Kids, "Mean Mean Man" by Terry White, "I Wanna Waltz" by Thelma Blackburn, "Riot In Cell Block No 9" by Vicky Young, "Right Or Wrong" by Skeeter Davis, "Funnel Of Love" by Velvtone, "Honey Bop" by Ray Campi, "I Gotta Know" by Joyce Hahn, and two versions of "Hot Dog That Made Him Mad" – by Betty Hutton and Sunny Gale!  © 1996-2023, Dusty Groove, Inc.