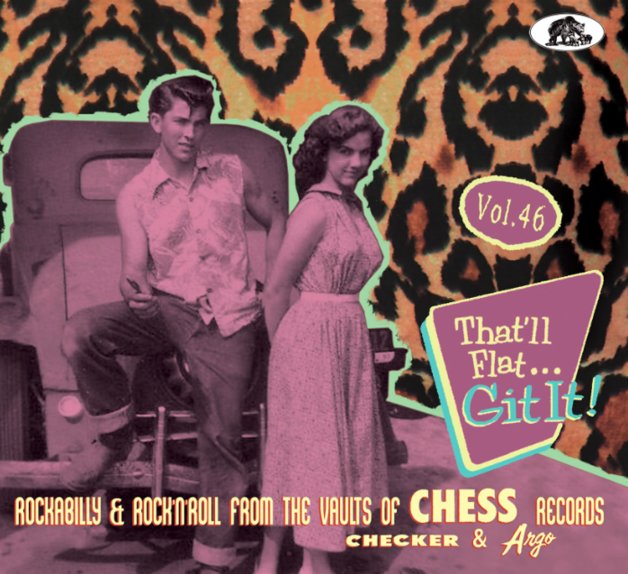 The legendary Chess Records is best known as a home to important blues, soul, and gospel records from the postwar years – but back in the 50s, the label also did a pretty great job with the harder side of the rock and roll spectrum too! Maybe that's no surprise, given that the Chess Brothers always had a great ear for new and unusual music – to a point where they sometimes issued work that wasn't recorded in their Chicago studios, which is the case with a fair bit of the cuts on this collection – many of which hail from points farther south, from territory that was bristling with new energy from rockabilly pioneers at the time! There's a few more familiar Chess artists mixed in here with more obscure artists who only issued singles for the label – and the massive 33 track package comes with very detailed notes on all the tracks within. Titles include "Run Rose" by Billy Miranda, Good Morning Little Schoolgirl" by Don & Bob, "The Story Of My Life" by Big Al Downing, "So Long Goodbye" by JC Hill, "Baby Bye Bye" by Dickie & The Gees, "Make Believe Wedding Bells" by Dick Glasser, "I Found My Girl" by The Kents, "6:15" by The Galaxies, "I Am Ready" by Bobby Dean, "See You Soon Baboon" by Dale Hawkins, "No More" by Bobby Charles, and That's All You Gotta Do" by Jack Ford.  © 1996-2022, Dusty Groove, Inc.