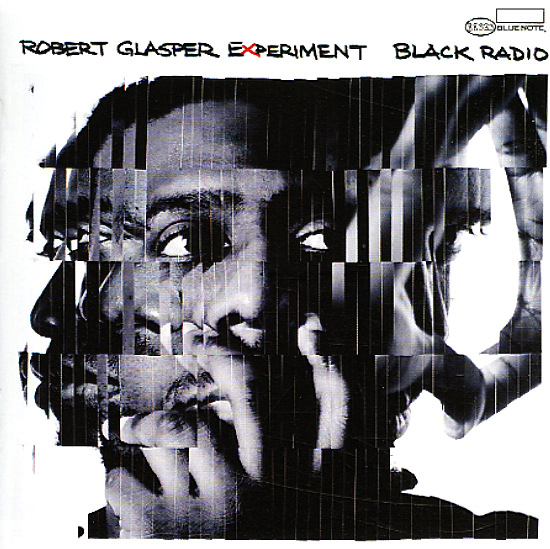 Also available
Robert Glasper — Black Radio (2CD deluxe edition – with bonus tracks) ... CD 27.99
The start of an amazing new chapter in the career of Robert Glasper – one that would soon set the tone for a number of other records to come! This set features loads of Glasper's enigmatic piano lines – those fluid, elliptical sounds that are always filled with plenty of soul and imagination – matched here with guest vocals from a host of key talents – including Erykah Badu, Lalah Hathaway, Musiq Soulchild, Meshell Ndegeocello, Bilal, and Lupe Fiasco! The blend is surprisingly wonderful – not a sell out at all, but a way for Glasper's music to reach a rich new level of expression – as the vocals really help the instrumental elements come alive – and unlock this side of Robert's potential that was always lurking in the background. One of the best musical moments from Blue Note at the time – with titles that include "Always Shine", "Move Love", "Ah Yeah", "Lift Off", "Afro Blue", "Cherish The Day", "Black Radio", and "Letter To Hermione". Deluxe edition features great bonus material – the cuts "Twice", "Love Supreme", and "Fever" – plus the full work of the Recovered Remix EP – including "The Consequences Of Jealousy (Georgia Anne Muldrow's sassy geemix)", "Letter To Hermoine (Robert Glasper and Jewels rmx)", "Dillalude #2", "Twice (?uestlove's twice baked rmx)", "Black Radio (Pete Rock rmx)", and "Afro Blue (9th Wonder's blue light basement rmx)".  © 1996-2023, Dusty Groove, Inc.