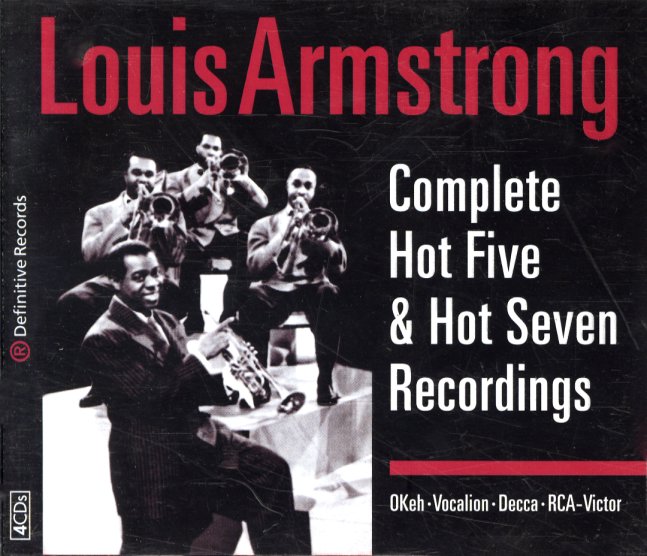 All the early small combo material recorded by the early groups of Louis Armstrong, including work for Okeh, Vocalion, Decca, and RCA.  © 1996-2022, Dusty Groove, Inc.

Algo Bueno – The Complete Bluebird/Musicraft Recordings & The Pleyel Concert
Definitive/Disconforme (Spain), Mid/Late 40s. Used 2 CDs
CD...$11.99
During his early days on record, Dizzy Gillespie made some of his best recordings for some of the smaller labels in the business – labels that have never been the subject of proper reissue series. This is certainly the case with Diz's Bluebird and Musicraft sessions – both of which ... CD

Complete Savoy & Dial Masters
Definitive (Spain), Late 40s. Used
CD...$13.99 16.99
Some of the most important work in the career of trumpeter Howard McGhee – late 40s sides recorded for the Savoy and Dial labels, done at a time when McGhee was really at his prime – and not plagued with the personal troubles that marred many of his 50s recordings! Most of the tracks ... CD