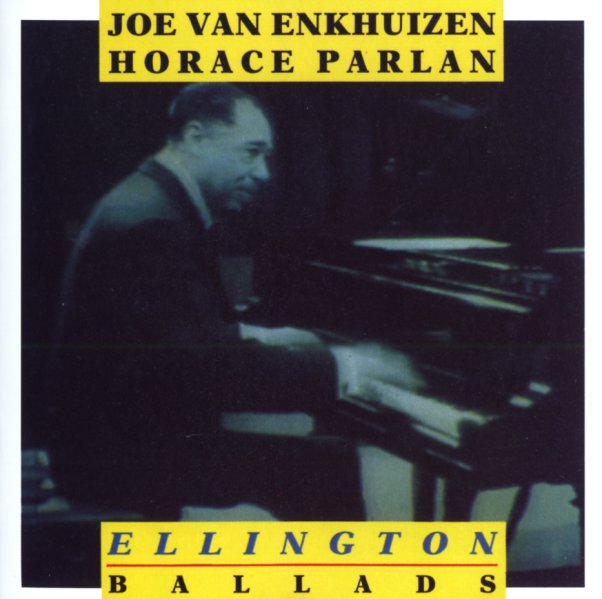 Also available
Horace Parlan & Joe Van Enkhuizen — Ellington Ballads ... CD 8.99
A nice little record that's very much along the lines of the duet sessions that pianist Horace Parlan cut with Archie Shepp – done with a similar open, soulful style that really brings a lot of personal energy to these tunes penned by Duke Ellington! This might be the first time we've ever heard tenorist Joe Van Enkhuizen, but he's a surprisingly great player – and one who carves out these raspy lines on his instrument that fit really well with the well-crafted lines from Parlan's piano – a lot more subtle and spacious than during his Blue Note years, but maybe even more powerful because of that. Titles include "Serenade To Sweden", "I Got It Bad", "Prelude To A Kiss", "Melancholy", "Sophisticated Lady", and "Creole Blues/Tonight I Shall Sleep".  © 1996-2023, Dusty Groove, Inc.
(2015 Japanese pressing.)