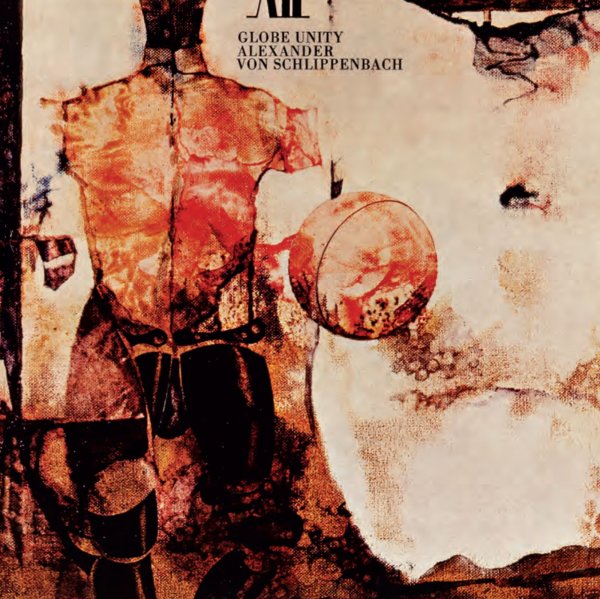 The earliest album ever to be issued under the Globe Unity label – a very early project headed up by the mighty pianist Alexander Von Schlippenbach – and a record that's noteworthy for the first album to feature the work of Peter Brotzmann and Peter Kowald! Right from the start, the vibe is completely in line with the highest ideals of the improvising orchestra – Schlippenbach directing the group and playing piano – in a large lineup that also features Brotzmann on alto, Manfred Schoof on cornet, Gerd Dudek on tenor, Willem Breuker on baritone, Gunter Hampel on bass clarinet, Karl Berger on vibes, and Peter Kowald and Buschi Niebergall on basses, one in each channel! And alongside these free jazz heavyweights, the album also sports the amazing rhythm duo of future prog rock giants Jaki Liebezeit and Mani Neumeier – both working here at a level that matches the free improvisations of the others – on two side-long tracks, titled "Globe Unity" and "Sun".  © 1996-2023, Dusty Groove, Inc.