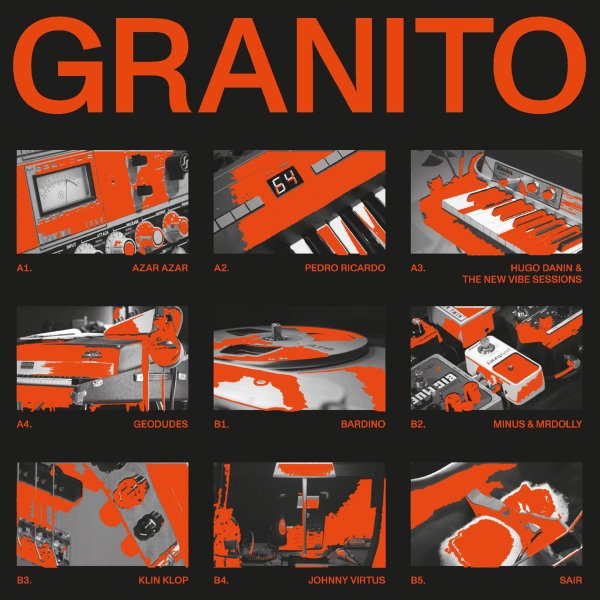 A mighty nice selection of tracks from the contemporary underground in Porto – work that's much warmer, acoustic, and jazz-based than you might guess from the image on the cover – and which, together, is so wonderful that we're thinking of booking a trip to Portugal, just to visit this scene in person! Many tracks have some sort of rhythm program, but they're almost all warmed up by live jazz solos in a variety of styles – and mixed with others that have more acoustic elements and a stronger acoustic presence too – which makes for a wonderfully soulful array of tracks, some of which have some resonance with work from the Brazilian scene as well. Titles include "Crazy Beat" by Hugo Danin & The New Vibe Sessions, "Kintsugi" by Bardino, "Leftwing" by Minus & MrDolly, "Magenta RK" by Johnny Virtus, "Out Of The Gate" by Sair, "Do Outro Lado Do Mar" by Pedro Ricardo, and "Red Cosmos" by Azar Azar.  © 1996-2023, Dusty Groove, Inc.

New Energy
Text, 2017. New Copy 2LP Gatefold
LP...$26.99 27.99
Some of the lushest, most melodic material from Four Tet yet – straight up beautiful for the most part – and a pretty strong contender for his best to date! He's blending electronics and more natural sounds in ways that aren't out of character given his past work, but the title is ... LP, Vinyl record album