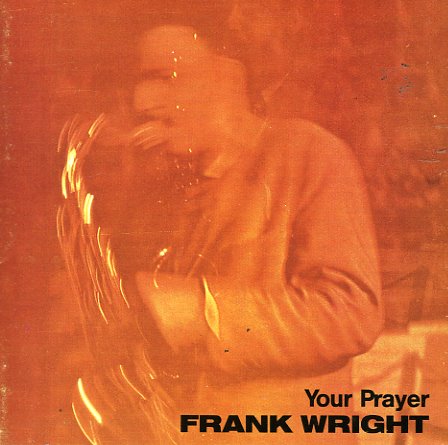 Frank Wright's second album for ESP, and a bit more of a group effort than his first – recorded with an expanded lineup that points the way towards some of the French scene on BYG a few years later – with Jacques Coursil on trumpet, Arthur Jones on alto, Steve Tintweiss on bass, and Muhammad Ali on drums – all really powerful players who help Frank knock the whole session out of the park! There's a tight formation at the head of some of the tracks, but with freer breakout solos as the tunes go expand – maybe not as overly-extended as some of the French material from 1969 – but still at a level that shows that Wright was one of the key talents helping to push the boundaries of jazz in this generation. Titles include "Fire of Spirits", "No End", "Train Stop", "The Lady", and "Your Prayer".  © 1996-2022, Dusty Groove, Inc.