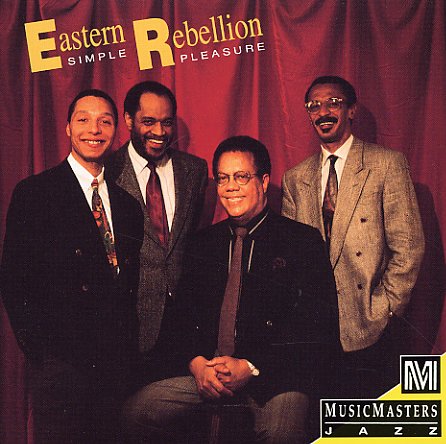 A wonderful title for this album of understated brilliance – a strong early 90s offering from Walton's Eastern Rebellion group, done in a mode that's very similar to their initial Timeless recordings of the 70s! The quartet this time around features Walton's piano alongside the drums of co-founder Billy Higgins – plus bass by David Williams, and tenor by Ralph Moore, fresh off of some excellent work as a leader for the Landmark label in the late 80s. The tracks are all long and inventive – soulbop at its best, with titles that include "Roni's Decision", "In The Kitchen", "Dear Ruth", "Simple Pleasure", and "Sixth Avenue".  © 1996-2022, Dusty Groove, Inc.
(Jazz Heritage pressing with a black and white cover.)

Tenor Madness (Jazz Heritage pressing)
Prestige/Jazz Heritage, 1956. Used
CD...$1.99 2.99
A groundbreaking album from Rollins, largely for the extended track "Tenor Madness", which runs on for 13 minutes, and features him and Coltrane blowing head to head – redefining the sound of the tenor sax in jazz through the course of that amazing track! Backing is by the Red ... CD

Now He Sings – Now He Sobs (with bonus tracks)
Solid State/Blue Note/Jazz Heritage, 1968. Used
CD...$6.99 13.99
Amazing modern work from the young Chick Corea – a set that captures the pianist in much more avant territory than his famous 70s sets – at a time when he was just coming off some years working in a variety of modes on the New York scene! The group here is as revolutionary as Chick's ... CD