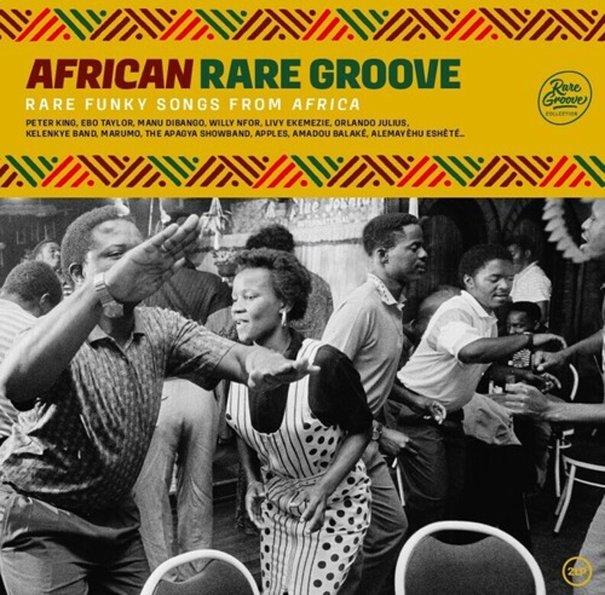 A heady collection of Afro Funk from the 70s – one that features cuts from some of the West African scene who helped make the music huge at the time, plus a few surprising entries from other spots too! The package is a great no-nonsense dip into the genre – put together by the same folks who did the favorite Sampled series in recent years, with a similar focus on top-shelf cuts! Titles include "Boogie Down In Africa" by Willie Nfor, "Friday Night" by Livy Ekemezie, "Gone With The Sun" by The Wings, "Mind Twister" by Apples, "Ajo" by Peter King, "Ayala" by Itadi, "Khomo Tsaka Deile Kae" by Marumo, "Amponsah" by Ebo Taylor, "Keleya" by Moussa Doumbia, "Pop Konde" by Mangue Konde & Les 5 Consuls, "Jungle Music" by Kelenkye Band, "Get Up & Do It Good" by Super Elcados, "Temeles" by Alemayehu Eshete, "Kwaku Ananse" by Apagya Showband, and "Get The Funk" by Orlando Julius.  © 1996-2022, Dusty Groove, Inc.