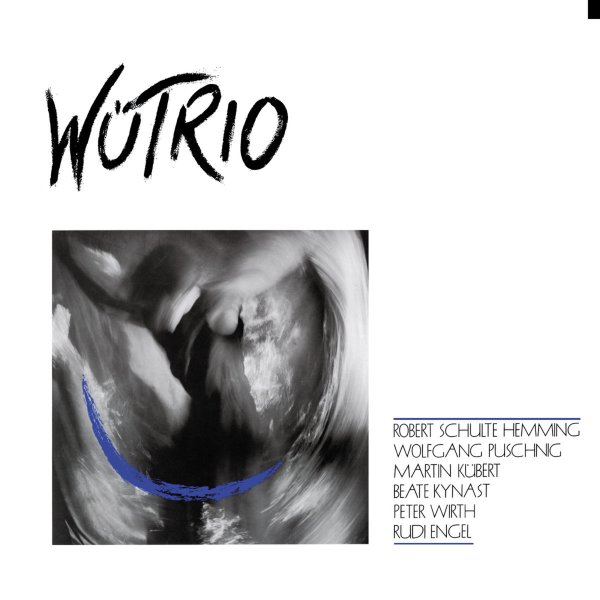 Also available
Wutrio — Wutrio ... LP 39.99
An overlooked gem from the German scene of the 80s – at a time when the prog and free jazz experiments of the previous decade had calmed down a bit, yet German musicians were still coming up with lots of new and amazing ideas! Here, there's definitely a bit of inspiration from Brazilian music, but mixed with some of the new generation of vocals from jazz singers like Karin Krog or Monica Zetterlund – handled by singer Beate Kynast on the record, in a way that's light years away from more traditional jazz vocals! There's a fluid, soaring sensibility to the music – modal mixed with post-bossa rhythms, on instrumentation that includes trumpet from Robert Schulte Hemming, alto and flute from Wolfgang Puschnig, keyboards and piano from Martin Kubert, drums from Peter Wirth, and bass from Rudi Engel. Instrumentation has a warm blend of acoustic and electric elements – very much like some of the best Nabel releases, or the sort of work later compiled in the Glucklich series – on titles that include "Rush Hour", "Impressions Of Autumn", "Bluze", "Number Four", Lament", and "Scarcely Had We Left The House".  © 1996-2023, Dusty Groove, Inc.