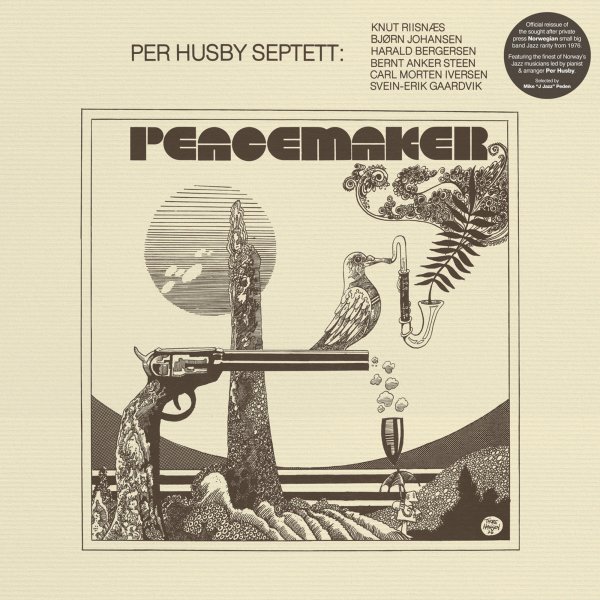 Also available
Per Husby Septet — Peacemaker ... CD 19.99
Pianist Per Husby is a player with a rich, warm tone – one that really sets the stage here for some wonderfully soulful explorations by a very hip group – a combo who sound perfect when they hit a modal mode, but can also do some other wonderful things as well! Husby's piano is rich at the core, but the record is balanced with all sorts of great reed work – Knut Riisnaes on tenor, Harald Bergsen on alto and tenor, and Bjorn Johansen on soprano, tenor, and baritone – balanced nicely by the trumpet work of Bernt Anker Steen, and given a strong rhythmic pulse from Carl Morten Iversen on bass and Svein Erik Gaardvik on drums. And if you think all these Norwegian names might add up to a sleepy session, you're totally wrong – as the record is a great example of the way the better players on the European scene were absorbing American spiritual jazz experiments, then using the energy to make something new of their own. The title track "The Peacemaker" is worth the price of admission alone – and other titles include "Introduction To No Particular Song", "Smatta", "Nokve", "Fantasy In D", and "Adgang F".  © 1996-2023, Dusty Groove, Inc.
(Special pressing – 2LPs, each playing at 45rpm!)