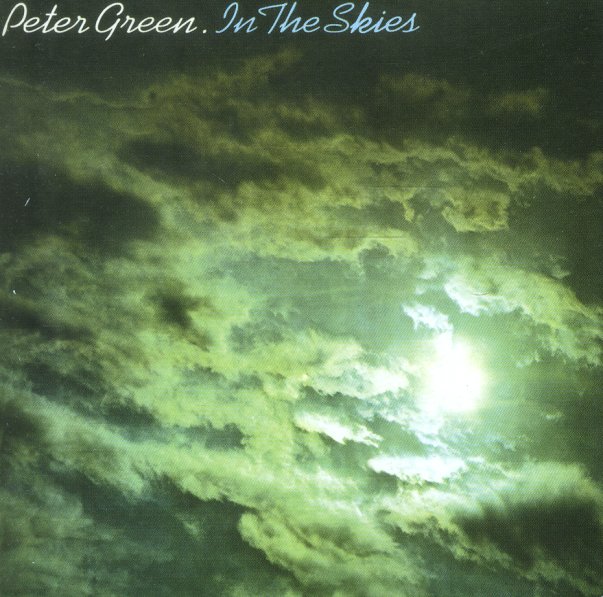 In The Skies (with bonus tracks)

A big comeback moment for Peter Green – really shining here as a lead act, at a time when his old group Fleetwood Mac had gone in a completely different direction! The guitar wizard is still amazing – and there's a shifting style from track to track, which includes a few instrumentals – making the album partly a great showcase for Green's always-inventive work on guitar, but also one for his surprisingly nice vocals too! The album marked a real return to the limelight for Green, and the first push to give him the sort of solo career he deserved for years to come – and it features help from Peter Bardens of Camel on some keyboards, and Snowy White on second guitar, sometimes sharing lead space on the record. Titles include "Tribal Dance", "In The Skies", "A Fool No More", "Proud Pinto", "Just For You", "Funky Chunk", "Apostle", "Seven Stars", and "Slabo Day". CD features bonus tracks – rehearsal versions of "Slabo Day" and "In The Skies" – and single versions of "Tribal Dance" and "Apostle".  © 1996-2023, Dusty Groove, Inc.

Strawberries (2CD edition – with bonus tracks)
Bronze/Iconoclassic, 1982. New Copy 2CD
CD...$17.99 19.99
A great little record from The Damned – even if the set does have them very far away from their punkish roots! Yet like some of the best of their contemporaries, the group grew up fast – shed a bit of anger, learned how to play their instruments, and really developed a way with a tune ... CD