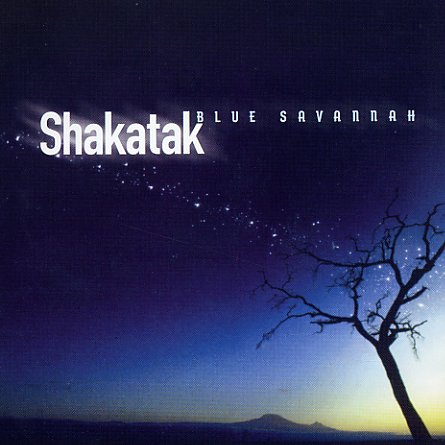 Is it us, or do these guys sound better than ever? Shakatak seem to have lost all the 80s soul cliches of years past, and they're working here in a sweet jazzy style that brings together all the best part of their years of experience, with a fresh and stripped-down sound that's right up there with the best of the soul underground! The record's a treasure – pairing sweet keyboards from Billy Sharpe with vocals from Jill Saward – often adding in some sunny production touches that make the record feel like some lost California jazz funk record from the glory days, with songs that are good enough to match! Title sinclude "Blue Savannah", "Summer Of Love", "Shadow", "Blue Horizon", "Someone I Could Love", "Music In The Air", "Sunset Street", and "Walking On Starlight".  © 1996-2022, Dusty Groove, Inc.
(Still sealed.)

Stellar Fungk – The Best Of Slave
Rhino, Late 70s/Early 80s. Used
CD...$4.99
15 bass-heavy classics from the band that virtually invented the 80s groove sound! The set's a good selection of tracks from Slave's classic Cotillion albums from the late 70s, and it also includes 5 tracks from bandmember Steve Arrington, who went on to record with his Hall Of Fame group during ... CD

Memorial Album
Duke/MCA, Early 50s. Used
CD...$4.99 (LP...$9.99)
The only full album from Johnny Ace – a key figure in the Memphis scene of the 50s, and one of the first great casualties of rock and roll! Johnny was one of the first singers to record for the legendary Duke label, and worked in a mode that helped transform the smoother style of the west ... CD