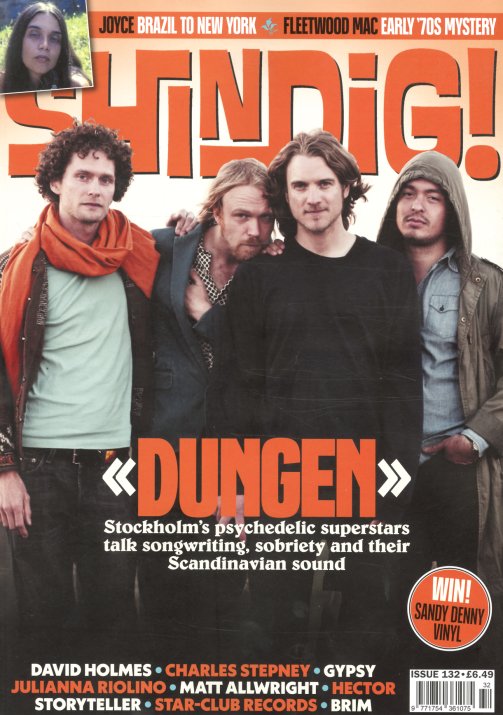 Shindig features a rare contemporary group on the cover – Sweden's psych monsters Dungen – served up here in an issue that also has some great features on Joyce and Charles Stepney – both heroes around here at Dusty Groove – plus plenty more on David Holmes, Gypsy, Hector, and Storyteller – and a look at the key early 70s transitional years of Fleetwood Mac, and the sometimes-mysterious Star Club record label! As always with Shindig, the layout and presentation is as great as the features – a really colorful presentation that keeps things lively throughout.  © 1996-2023, Dusty Groove, Inc.