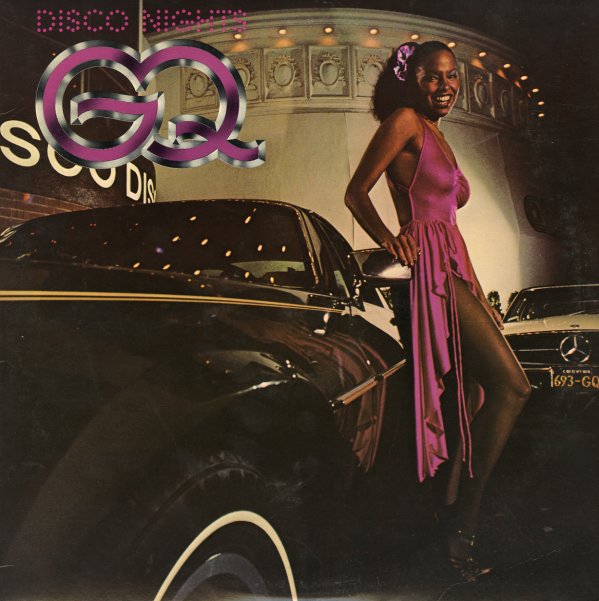 Not just disco nights, but some great mellow moments too – a wonderfully well-rounded classic from this great quartet – as tight and groovy as it is cool and classy! By the time of this debut, the group had already had plenty of 70s soul experience as The Rhythm Makers – a previous name for the lineup, and a combo with a great reputation for dancefloor grooves that were tight, but never too uptight – kind of the best funky soul styles of the time! This album definitely continues that tradition, with a sound that's leaner than most mainstream disco of the time – and really well put-together, in a way that also has them slowing down to hit some great ballads and mellower steppers too. The album features the massive disco title cut – "Disco Nights" – and a beautiful reworking of Billy Stewart's classic "I Do Love You" – with a sound that's faithful to the original, but a sweet stepping groove that's made it a favorite for years! Other cuts include "Boogie Oogie Oogie", "Spirit", "Make My Dreams A Reality", "It's Your Love", "I Do Love You", and "Wonderful".  © 1996-2020, Dusty Groove, Inc.
(Includes the printed inner sleeve.)

Through The Storm
Arista, 1989. Near Mint-
LP...$6.99
Aretha Franklin at the end of the 80s – capping off a big run of records for Arista with another successful collaboration with Narada Michael Walden! There's a bit more of a groove here than before – a nice bounce on many cuts that almost brings in a slight new jack flavor – but ... LP, Vinyl record album

La La
Arista, 1987. Very Good+
LP...$4.99
Catchy 80s soul from La La – an artist with a groove that's right up there with some of the bigger Columbia acts of the time, even if she never hit their heights! The production work here really helps set the scene nicely – as La La gets support from Full Force, Jon Morales, Lenny ... LP, Vinyl record album