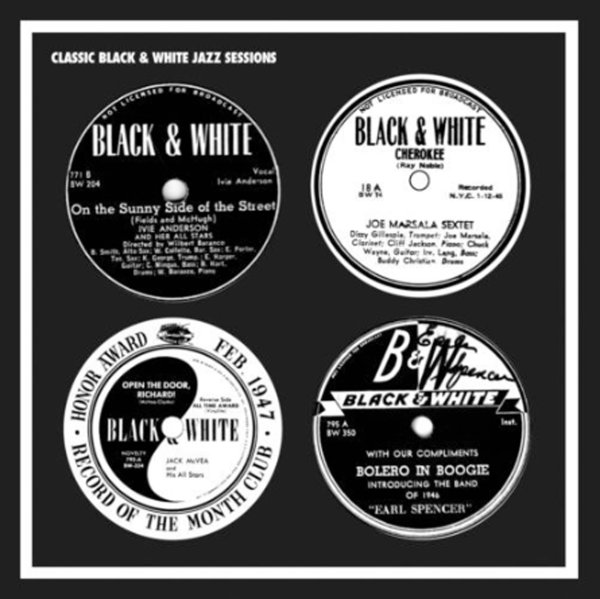 An incredible document of a really crucial label during the postwar years – the important west coast indie, Black & White Records – home to an amazing array of top-shelf jazz, blues, and R&B recordings from the time! The scope of work here is fantastic – 243 tracks in all, much of it material that was only ever issued on 78rpm discs, including some in the 12" format – the longer version of the early single that Black & White often used to present longer versions of jazz recordings, with more room for solos. The focus here is on the jazz side of the label, and much of the material was recorded in LA, but some were done in New York and other cities too – including early production work by jazz giants like Leonard Feather and Norman Granz – which will give you an idea of the top-shelf quality of the sessions. The jazz recordings are a mix of vocal, bop, trad, and swing styles – and the late 40s sides often hit that spot where jazz and blues came together in jumping modes that represented early R&B – which almost makes the whole package an evolution in styles during these crucial 40s years. There's way too much to mention here, as you might guess from an 11CD set – and the package features work by Ivie Anderson, Etta Jones, Charlie Ventura, Wilbert Baranco, Erroll Garner, Joe Marsala, Jack McVea, Nat Jaffee, Red Callender, Phil Moore, Earl Spencer, Tommy Todd, Gerald Wilson, Howard McGhee, Lucky Thompson, Ernestine Anderson, Barney Bigard, the Hip Chicks, Jo Evans, Mushmouth Robinson, and many others – all presented with a very detailed booklet of notes.  © 1996-2023, Dusty Groove, Inc.