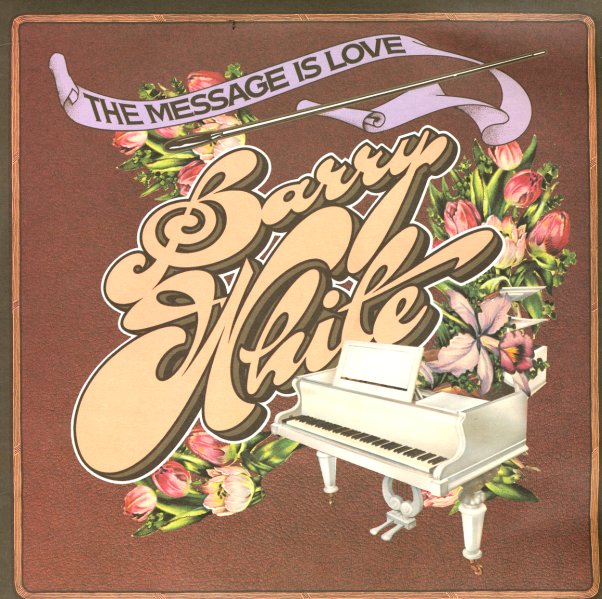 Barry White was always the victim of his own success – in that he cut so many excellent records early on, that folks always over look the great stuff he did in later years. This 1979 album is a perfect example of Barry's greatness in this respect – as it's still totally on the money, with strong songwriting, and a silky smooth modern sound that perfectly showcases Barry's vocals, which are sung more strongly than ever. The record's a nice one – and it includes the spacey steppers cut "You're The One I Need", which has a mellow loping groove, and a good midtempo dancefloor groove. Other tracks include "I Found Love", "It Ain't Love, Babe", and "Love Ain't Easy".  © 1996-2023, Dusty Groove, Inc.
(Includes the printed inner sleeve. Cover has light wear.)

No Limit On Love
Supremacy, 1974. Very Good+
LP...$3.99
A record of tracks recorded before Barry White's superstar years – but released during them to cash in on his big success. The work's still pretty good, though – and it's interesting to hear Barry working in an earlier mode than his slick 70s work. Some material features Barry singing ... LP, Vinyl record album

Barry White Presents Mr Danny Pearson
Unlimited Gold, 1978. Very Good+
LP...$24.99
A lost treasure from Barry White – the one and only album recorded by Danny Pearson, one of the few singers that Barry did as "special projects" during the 70s! Like Gloria Scott and Tom Brock – two other White-produced singers of the time – Pearson's got a wonderful ... LP, Vinyl record album