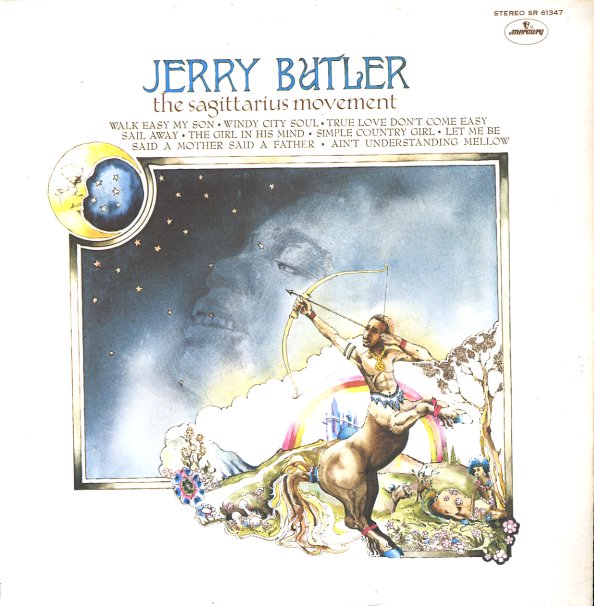 One of the great albums of trippy soul that Jerry Butler cut with his Fountain Productions group of players, arrangers, and engineers – a group that borrowed a lot of talent from the Chess/Cadet studios of the late 60s. Jerry produced with Gerald Sims, and the arrangements were handled by Sims, James Mack, and Donny Hathaway (who also played piano on the record.) Tracks include "Ain't Understanding Mellow", "Windy City Soul", "True Love Don't Come Easy", and a lesser known Terry Callier/Billy Butler track called "Sail Away".  © 1996-2021, Dusty Groove, Inc.
(Cover has some wear and light aging, seam splitting and a small sticker spot.)

Heaven & Earth (test pressing)
Mercury, 1978. Very Good-
LP...$7.99
Excellent work from this smooth Chicago vocal group! The album may well be the best the group ever recorded – and it features some stellar ballad work produced with a nice spacey tone, almost in a Rose Royce mellow mode – by Jerry Butler's Fountain Productions team and by Clarence ... LP, Vinyl record album

One & One
Mercury, 1970. Very Good+ Gatefold
LP...$6.99
A classic collaboration between 2 of the godfathers of Chicago soul – recorded at a time when both of them had emerged as proven big-sales artists, and were given the freedom to experiment in different styles with side projects like this. Here, they're singing in almost a Curtis Mayfield-esqu ... LP, Vinyl record album

Here's To You
Mercury, 1980. Very Good+
LP...$9.99
One of the most obscure – and best – albums by David Oliver, a smooth soul singer who recorded at the end of the 70s, with a warmly spiritual sound that had touches of Leon Ware, DJ Rogers, and other 70s smooth soul greats. This gem is produced by Wayne Henderson – who's really ... LP, Vinyl record album