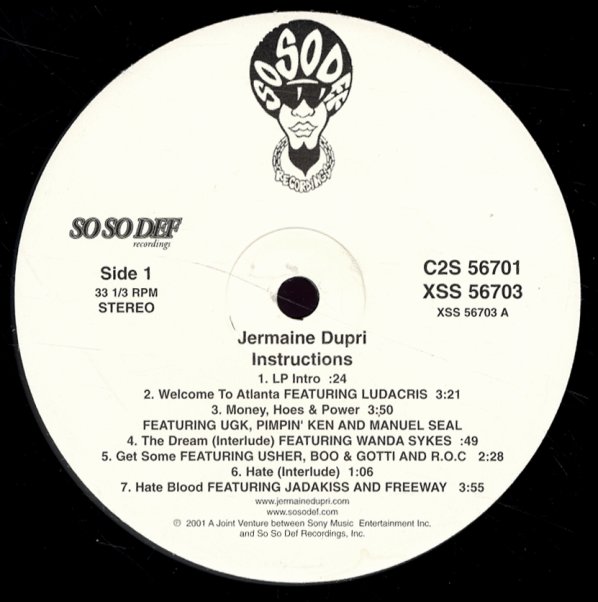 Jermaine Dupri
So So Def
So So Def (label)
Hip Hop (CD, LP)