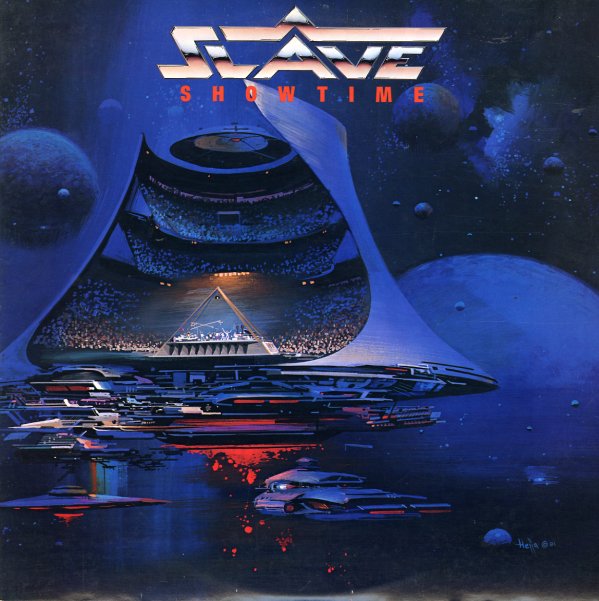 Wonderful work from Slave – an album that's still got the hard funk of earlier years, yet which also has the group sweetening up their sound in a great sort of 80s groove way! Most tracks kick along with that great rolling bass sound that the group practically invented – and which has been their everlasting legacy to mainstream funk – and Steve Arrington's still in the group on lead vocals, really hitting some soaring notes that help the tunes groove even more – all of which maybe makes the record one of the most perfect distillations of everything that made Arrington and Slave such a standard-setting group for the 80s! Titles include "Party Lites", "Snap Shot", "Smokin", "Wait For Me", "Funken Town", and "Steal Your Heart". CD features bonus tracks – "Snap Shot (12" version)" and "Wait For Me (7" version)".  © 1996-2022, Dusty Groove, Inc.