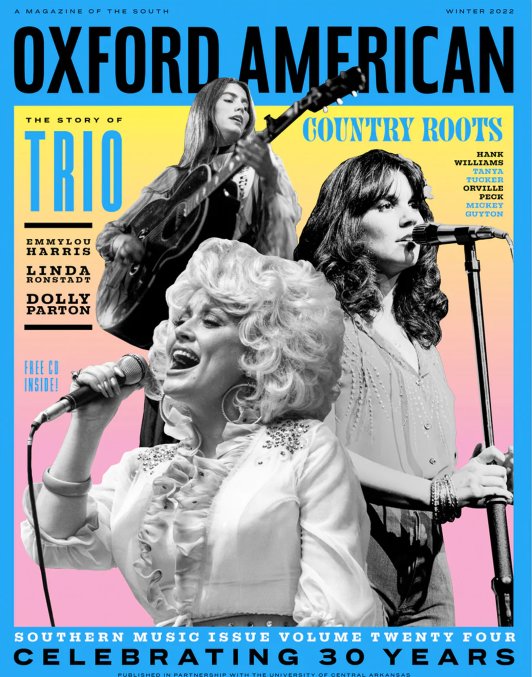 A special all-country edition of the Oxford American's annual issue devoted to music of the south – and one that's overflowing with the kind of wonderful writing that's always set the publication apart from the mainstream music press! These aren't simple articles on the histories of big stars or records – and instead, each piece is a much more complicated musical portrait – really getting at the kind of complexity that you'll find in the best sounds of the south! This time around, articles include a look at Rackback Tom by John Jeremiah Sullivan, links between country and hip hop by Imani Perry, the country drumming of Buddy Harman by John Lingan, the rightful place of Tanya Tucker by Jason Kyle Howard, the high lonesome cry examined by Holly Haworth, and the "mostly true" legend of Hank Williams by David Ramsey. There's lots more too – articles on Pasty Cline, Pointer Sisters, Millie Jackson, Solange, Trio, Johnny Paycheck, Ralph Stanley, and plenty more – all as expertly done as the main features. Plus, the issue comes with a full bonus CD of music – work from The Miller Brothers, Lesley Riddle, Trio, Rhiannon Giddens, The Judds, Wanda Jackson, The Deslondes, Brother James Anderson, Margo Price, and others. A heck of a great deal for the price!  © 1996-2023, Dusty Groove, Inc.

Maggot Brain – Issue #11 (December/January/February 2023)
Maggot Brain/Third Man, 2023. New Copy
Magazine...$8.99 12.00
The cover feature pays tribute to the great Pharoah Sanders – one of our all-time favorite jazz musicians, and someone who gave the world so much wonderful music during his time on the planet! But that's just the tip of the iceberg – as there's all sorts of weird and wonderful features ... Magazine