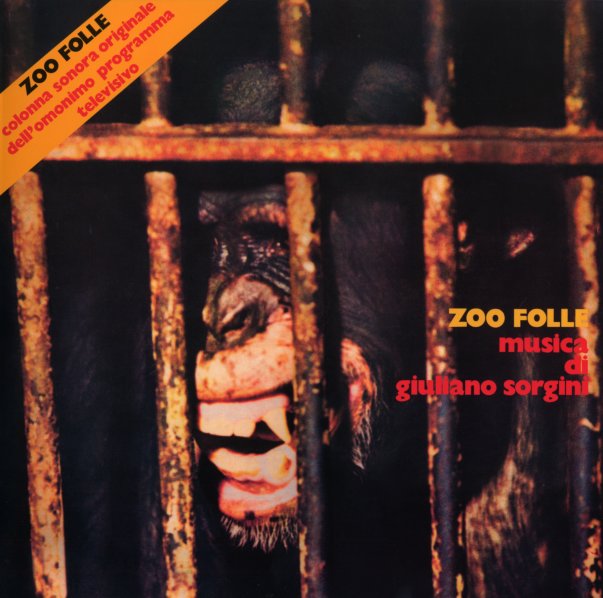 Also available
Giuliano Sorgini — Zoo Folle/Gli Animali Che Simpatia ... CD 20.99
An incredible lost jazz funk soundtrack by Guiliano Sorgini – one of the best we've been lucky enough to discover in ages – all the more fascinating given the film it was made for! The soundtrack is a wild one for the most part, with a few more elegiac sounding numbers – but weighted heavily overall with feverish percussion, Hammond, Moog and other keys and synths – along with funky flute and bass on the wilder numbers, and more elegant classical guitar and strings on the more meditative ones. It's a fascinating mix of styles considering the subject – a mid 70s documentary expose on the poor conditions suffered by animals in zoos and circuses, made by Riccardo Fellini, the brother cinema legend Federico. Amazing stuff, issued properly here for the first time ever! Includes "Mad Town", "Ultima Caccia", "Amboseli", "Space And Freedom", "Zoo Folle", "Chains", "Red, Old Skies" with Edda Dell'Orso, "Slaves" and "Rom-Londr-Parigi". Great 2LP version – with a full bonus album of unreleased music from the same time!  © 1996-2023, Dusty Groove, Inc.

Buio Omega (purple vinyl pressing)
Cinevox (Italy), 1979. New Copy (reissue)
LP...$29.99 36.99
Seminal Italian horror soundtrack music from Goblin! By this point, the band had completely evolved from a prog-oriented jazz rock band, into a group that was very well suited to handle a diverse array of movie scores and horror themes. The keyboards are still at the core – and there's a ... LP, Vinyl record album