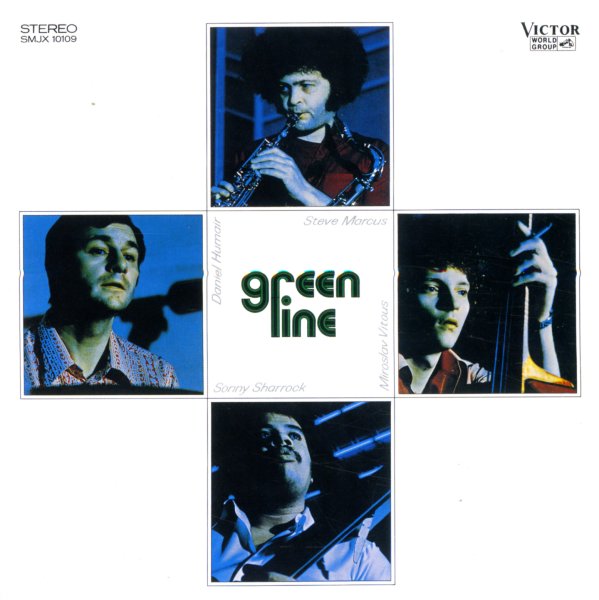 A really amazing set from this ultra-cool quartet – a group that features lots of soulful reed work from Steve Marcus on tenor and soprano sax, plus smoking guitar lines from a young Sonny Sharrock! Sonny's funkier here than we've ever heard him before – and gets some strong inspiration from the bass of Miroslav Vitous and drums of Daniel Humair – the latter of whom also hits grooves we never would have expected – sometimes bold and avant, but sometimes very tight and rhythmic! The album's got four long tracks, all very much in the kind of trippy space between funky jazz and freer work you'd find on the Vortex albums of Steve Marcus – and titles include "The Echoes", "Green Line", and "Melvin".  © 1996-2022, Dusty Groove, Inc.

Almoravid
Muse/Life Goes On (Italy), 1973. New Copy (reissue)
LP...$27.99 29.99
Wonderful work from an unsung hero of the soulful jazz underground of the 70s! Although Joe Chambers came to great fame as the writer and drummer behind some of Bobby Hutcherson's best records late 60s, he didn't really ever make that many records under his own name as a leader – and this ... LP, Vinyl record album