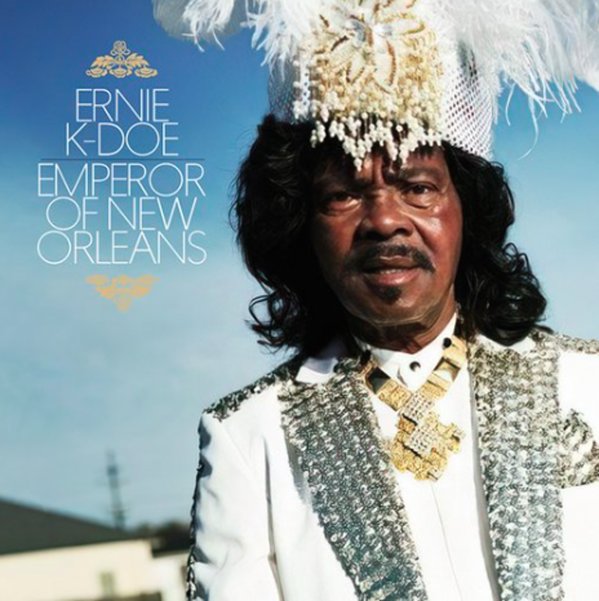 A double-length package of work that brings together some lesser-known gems from this great New Orleans soul singer! CD1 features material from the early 70s, mostly from a comeback album, plus some other tracks – all put together with some rock-solid help from legendary producer Allen Toussaint! The album's not as all-out funky as some of Toussaint's other New Orleans work of the time, but it's still got an undeniable great feel – one that has Ernie moving into some deep soul territory at times, all with a lot more feeling and a lot less cliche than we might have expected from his earlier hits. The album does sport one funky classic – the great "Here Come The Girls" – nestled in nicely amidst other cuts that include "Fly Away With Me", "Whoever Is Thrilling You", "Back Street Lover", "Lawdy Mama", "A Place Where We Can Be Free", "Hotcha Mama", "I'm Only Human", "Long Way Back Home", and "She Gave It All To Me". CD2 features some even more obscure material – great rarities that include "You Did It Baby", "Jump Into Your Love", "Only 11 Roses", "Tell Me", "Love Is", and "Don't Let Me Down Girl" – plus live tracks "Surely" and "Georgia" – and very cool Sesaint Studio rehearsal takes of "Fever", "Mother In Law", and "T'Ain't It The Truth".  © 1996-2022, Dusty Groove, Inc.

Skippy White Story – Boston Soul 1961 to 1967
Yep Roc, Mid 60s. New Copy
CD...$14.99 15.99
If you never went to Skippy White's record store in Boston, you really missed a hell of a shop – a surprisingly great outlet for rare and underground soul, located way up in New England – and a place that was giving the world wonderful music over the course of many decades! Back in the ... CD