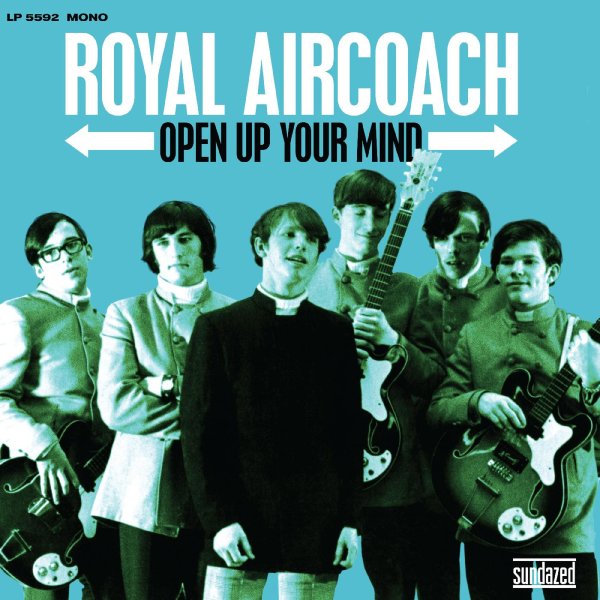 Open Up Your Mind

Also available
Royal Aircoach — Open Up Your Mind (blue vinyl pressing) ... LP 23.99
There's a guy who looks like a priest on the cover, but the sounds within are much more the stuff of hell than heaven – surprisingly raw work from a group who were years ahead of their time in the way they handled their guitars! Royal Aircoach aren't just another lost garage band from the 60s – because at times, they've got a nastiness that could rival the Velvet Underground – and a proto-punk sense of lean energy that feels like American underground work from decades to come! Don't get us wrong, there's definitely a lively 60s spirit in the music – but the fact that most of the tracks here never saw release at the time is a great testament to the power of the sounds within. Tracks include the rare Flying Machine single "Webs Of Love" and "Wondering Why" – plus rare tracks "Wrapped Up In Your Mind", "Lies Ain't Right", "Waking Skies", "Wax Theory", "Death Of Man", "Looking Out", and "When I Return".  © 1996-2023, Dusty Groove, Inc.

Little Too Heavy
Sundazed, Early 70s. New Copy
CD...$15.99 16.99
The title of this one might be very well-put – as the record was almost too heavy to be issued at the time of its recording – finally seeing the light of day after way too many years in the vault! The set's a tremendous bit of American hard rock recorded at Criteria Studios in Miami ... CD