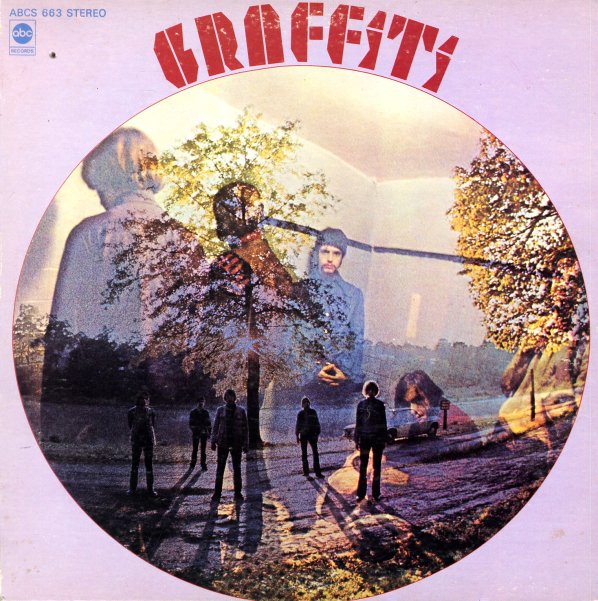 Also available
Graffiti — Graffiti (clear vinyl pressing) ... LP 23.99
One of those really unusual, almost unlikely albums that were issued by the ABC label at the end of the 60s – the kind of record that shouldn't have gotten such exposure on such a big label, which meant that it was promptly ignored in terms of promotion – yet somehow went on to become the stuff of underground legend as the years went by! Graffiti are a group who follow a similar path of some of their contemporaries – initially a more garagey outfit, but here able to not only play the hell out of their instruments, but also create a more complex sound that's stepping towards prog modes to come, yet with a down to earth vibe that has some nice Sunshine Pop touches around the vocals! The blend is wonderful, and makes for a really unique record – clearly the product of some great freedom allowed the young group in the studio, on titles that include "Father Protector", "New Life", "Girl On Fire", "Cold Water", "Love In Spite", "Ugly Mascara", "Jingle Jangle Woman", and "The Capture Of Me".  © 1996-2023, Dusty Groove, Inc.

It's Wonderful Being Young – Precious Pop Obscurities & Rarities 1962 to 1967
Teensville (Australia), Mid 60s. New Copy
CD...$17.99 18.99
A dreamy selection of rare 60s pop – and a set that really lives up to the fresh selection of unusual work that we've really come to love from the Teensville label! Sure, there's plenty of labels out there doing oldies releases – but these guys go way past the chart hits and radio ... CD