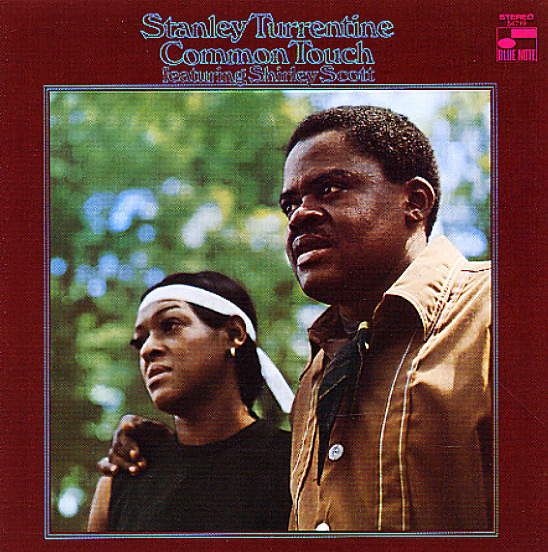 A really great later Blue Note session from Stanley Turrentine – a small combo set that's almost a return to the format of earlier years! The group's a strong one – and features Shirley Scott on organ, Jimmy Ponder on guitar, and Idris Muhammad on drums – playing in a style that's subtler and more laidback than his work with Lou Donaldson, but which still has a nice funk undercurrent. Stan's horn is in wonderful form on the record – really taking advantage of the longer tracks to open up with a mellow and exploratory tone – and the team of Scott and Ponder especially sounds great next to each other on the album. Tracks include "Boogaloo", "Buster Brown", and "Common Touch".  © 1996-2022, Dusty Groove, Inc.
(Part of the Blue Note Classic Vinyl Series!)