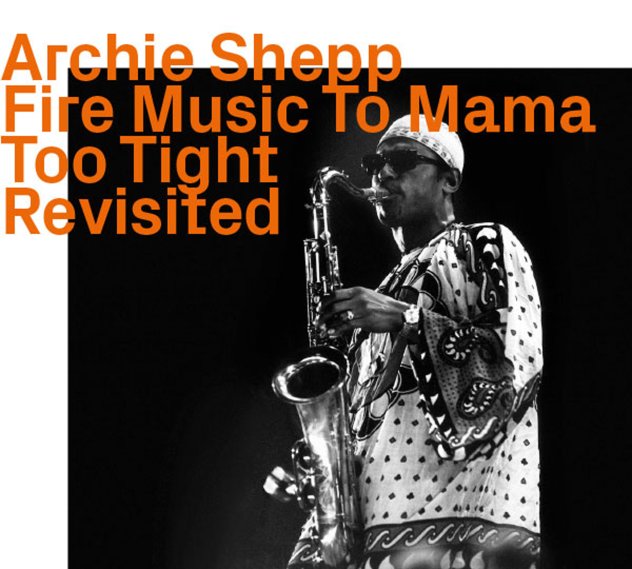 A pair of crucial albums from Archie Shepp – back to back in a single set! Fire Music is easily one of Archie Shepp's greatest albums, and certainly one of the pivotal points of 60s avant garde jazz! The album features Shepp leading a crack "new thing" line up that includes Ted Curson on trumpet, Marion Brown on alto, Joe Chambers on drums, Reggie Johnson on bass, and the lesser-known Joseph Orange on trombone – all playing in a beautifully poised manner, never too far out and free, but with all the dynamic energy of the best jazz changes of the 60s! There's a vibe here that's similar to some of the Blue Note "new thing" work by players like Grachan Moncur, Jackie McLean, and Tony Williams from the time – but there's a vision that's also wider and deeper, too, given the size of the group and the way they interact. Titles include "Hambone", "Los Olvidados", "Malcolm Malcolm–Semper Malcolm", and an insane cover of "Girl From Ipanema". You can't go wrong with this one – trust us! Mama Too Tight features growing brilliance from the young Archie Shepp – a record that's not just about Archie's own amazing work on the tenor, but also his keen modern vision as a leader! The combo here is an ensemble that features some of the hippest modernists of the 60s – Roswell Rudd and Grachan Moncur on trombone, Perry Robinson on clarinet, Howard Johnson on tuba, Charlie Haden on bass, and Tommy Turrentine on trumpet – making a rare non-bop appearance here, and further enforcing our already-high estimation of his talents! The style's somewhat in the "new thing" mode of the period, but it's also a bit more tightly arranged too – almost hitting Mingus-like modes for the bigger ensemble – balancing the force of the group together with very free, bold solo impulses from the players. Side one features the extended "Portrait Of Robert Thompson (As A Young Man)" – and side two features "Mama Too Tight", "Theme For Ernie", and "Basheer".  © 1996-2022, Dusty Groove, Inc.

Soul Song
Enja/Ultra Vybe (Japan), 1982. New Copy
CD...$13.99
An overlooked treasure from Archie Shepp – a set recorded for the Enja label with a profile that's not as bold as some of his other albums, but a great later session that has some surprisingly wonderful moments! Perhaps the best of these is the album's long workout on "Mama Rose" ... CD