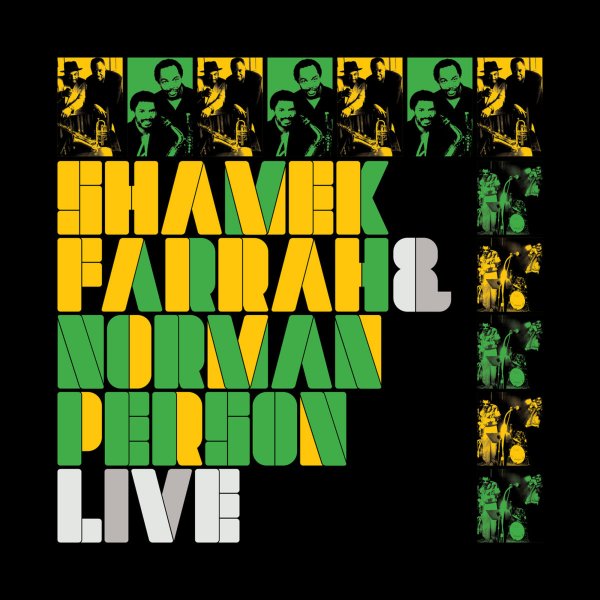 Also available
Shamek Farrah & Norman Person — Shamek Farrah & Norman Person Live ... LP 39.99
Saxophonist Shamek Farrah is best known for a pair of legendary 70s albums on the Strata East label – but he was still working strongly in the American jazz underground for years after that – as you'll hear on this brilliant batch of live recordings from the end of the 80s! The album was initially only issued as a cassette sold at gigs, and it shows Farrah sounding wonderful in the company of trumpeter Norman Person – blowing alto and bringing the fire he had on his 70s spiritual jazz recordings – as he and Person work in a few different groups, alongside some especially great piano work from either David Durrah or Sonelius Smith – both players with strong legacies of their own! Garry Hammon joins the pair on tenor on two tracks, Marvin Neal on trombone on one, and the final track is a trio number without Farrah, showing wonderful phrasing from Person next to Smith's piano. All titles are nice and long – and tunes include "Negative Forces", "Aisha", "Footprints", "Timeless Beginning", and "I Remember Clifford".  © 1996-2022, Dusty Groove, Inc.