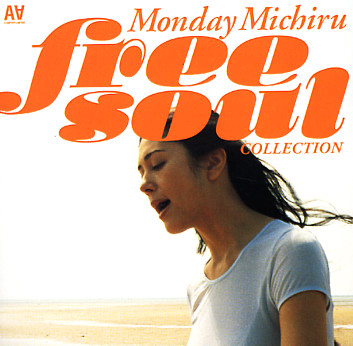 Monday Michiru is one of the few contemporary artists to get the Free Soul treatment – but that's more than ok with us, given the depth of her work, and her near-classic sound! The collection brings together some of the most soulful and deeply flowing tunes by Monday from the past decade or so – numbers that sparkle with a sense of life and joy that you'd be hard pressed to find in most other soul singers, even those from the current Neo Soul underground! A few numbers are more uptempo and dancefloor-oriented, but these are offset by others that are gentler and more introspective – performed in a great range of instrumental styles that really keep things fresh. CD features a few special versions of tracks, and titles include "Loving You (acoustic live version)", "You Make Me (single version)", "Play It By Ear", "Conversations With Myself", "Sunshine After The Rain (radio edit)", "Leaf In The Wind", "Chasing After The Sun (barefoot n pregnant version)", "Tattoo My Heart", "Changes", "Mermaid", "Maiden Voyage – Gone", "Stop N Listen", "Thinking Of You", and "How Deep Is Your Love".  © 1996-2023, Dusty Groove, Inc.