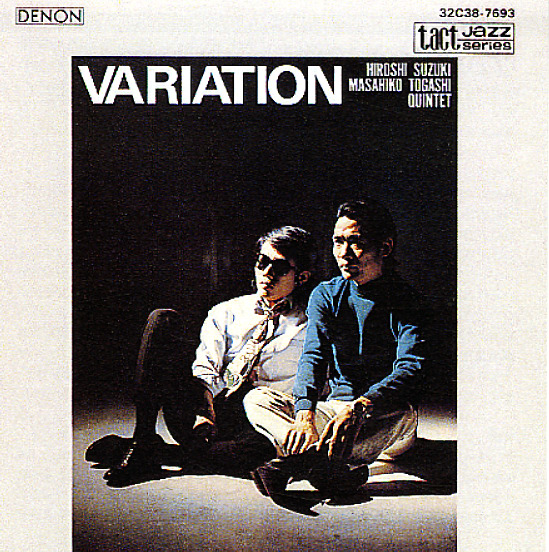 Also available
Hiroshi Suzuki/Masahiko Togashi Quintet — Variation (blue vinyl pressing) ... LP 25.99
An excellent early album from Japanese drummer Masahiko Togashi, featuring a group that he co-led with trombonist Hiroshi Suzuki! The quintet's got a sound that's kind of a messed-up take on the Blue Note groove of the 60s – particularly the Lee Morgan rolling funky soul jazz sound of the middle part of the decade – and the record's got a unique tip that we really like a lot! Basically, the band starts out with a hardbop groove – but then will roll into solo moments that, while not entirely out, have a strange off-beat quality that's really fresh. Tetsu Sushimi is on trumpet – part of a trumpet/trombone frontline that weaves together nicely, along with some great piano work, and strong rhythm from Togashi. Titles include "Castle Cats", "Suzu No Uta", "Passion", and "Variation".  © 1996-2023, Dusty Groove, Inc.
(Beautiful Japanese pressing – with heavy gatefold cover, like the original – and obi too!)