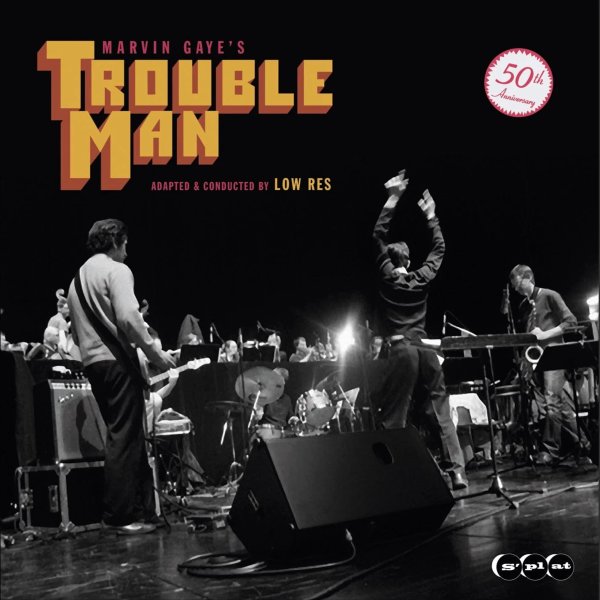 The original soundtrack to Trouble Man is nothing short of a masterpiece – a full-on moment of studio genius from Marvin Gaye, right in the middle of his classic 70s run – a record that's given a fantastic new treatment here by Lo Res, who delivers exactly what's promised in the title! The record's not a straight rehash of the original – as Lo Res clearly knows and loves, and has completely absorbed the original – so that he can take the whole thing and open it up with new arrangements, interesting instrumentation, and a mix of strings, jazz, and funky elements that are completely sublime. If anything, the set seems to more fully expand on the orchestrations of the original, while losing none of the sense of the soul – and apart from a vocal appearance by Blackwolf, most of the focus is instrumental – on titles that include "Cleo's Apartment", "T Plays It Cool", "Don't Mess With Mr T", "T Stands For Trouble", "Theme From Trouble Man", "Poor Abbey Walsh", "The Break In", and "Deep In It".  © 1996-2023, Dusty Groove, Inc.

Point Of No Return
Haggis (UK), 2023. New Copy
LP...$22.99 26.99 (CD...$12.99)
A second great solo album from trumpeter Malcolm Strachan – much more jazz-based than his work in the Haggis Horns, and his backings for a number of other soul artists – delivered with a depth of feeling that would have been missed in a larger ensemble! Strachan's a great soloist ... LP, Vinyl record album

Sequences – Live Session
Menace (UK), 2022. New Copy
LP...$30.99 34.99
A really great live EP from Underground Canopy – a funky group who were raised on influences from the world of hip hop and funk, then set up to make some great sounds of their own! Unlike other funky combos, who maybe go back to the 60s or 70s for their inspirations – these guys have a ... LP, Vinyl record album