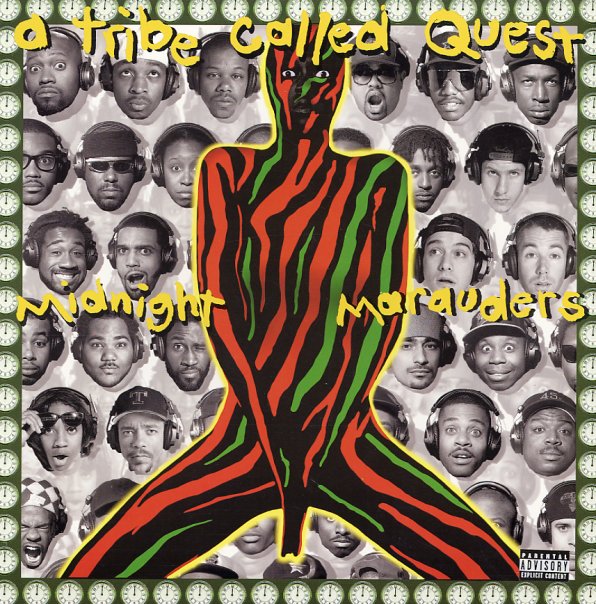 A masterpiece from prime era Tribe Called Quest! Midnight Maurauders was Tribe's third LP, and even though there were no tracks yet credited to the Ummah, this is pretty much the beginning of Tribe's transition to that sound – with the same mellow, laid back vibe as their best early material, but less of an overtly jazzy reference in their sound. Phife and Tip are still on point lyrically, and honestly, this is pretty much the last LP that Tribe dropped that's got nearly all hits and no misses on it. With the cuts "Award Tour", "Midnight", "Electric Relaxation", "Clap Your Hands", "Oh My God", "The Chase, Part II", and "Keep It Rollin".  © 1996-2021, Dusty Groove, Inc.