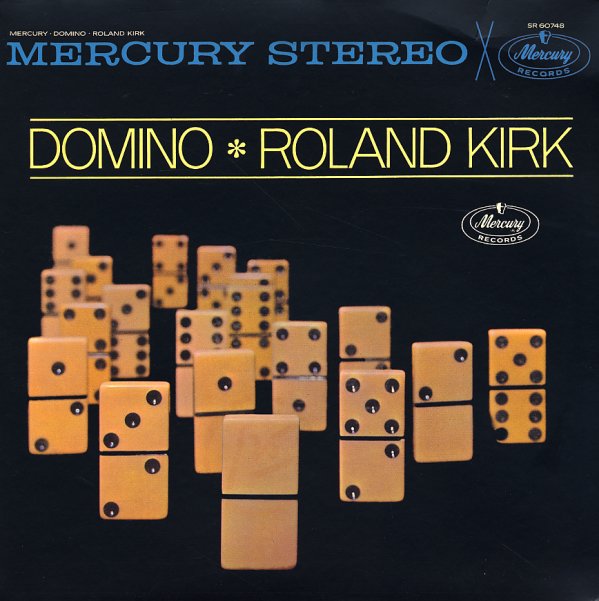 A key early album from reedman Roland Kirk – at set that really has him strongly finding his voice in jazz, and transforming most of modern music in the process! The set's a perfect illustration of the way that Roland could swing with soul, yet still reach out with bold new ideas too – mixing up work on tenor sax, manzello, stritch, flute, and even nose flute – instruments often played at the same time, with this amazing multi-reed style that's really mindblowing – and which follows the soaring sheets of sound of the Coltrane generation, yet completely in its own way too! There's a sharp modern edge to most of the rhythms – thanks in part to the presence of Andrew Hill on piano and celeste on a few cuts – alongside from Vernon Martin on bass and Roy Haynes and Henry Duncan on drums – and a bit of additional piano from Wynton Kelly. The whole thing's amazing – one of those records that never fails to delight us – and titles include "3 In 1 Without The Oil", "ED", "Domino", "Meeting On Termini's Corner", and "A Stritch In Time".  © 1996-2022, Dusty Groove, Inc.