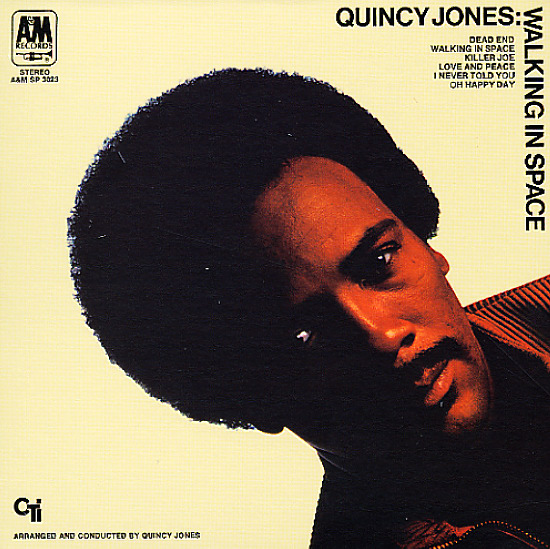 A pivotal album not just in the career of Quincy Jones, but in the development of the CTI Records sound as well – as this all-star effort is a perfect blend of all the hippest currents that were cooking up in the scene at the time! At one level, the record has Quincy taking back some of the sophisticated currents he was developing in soundtrack work of the 60s, but moving back to jazz – more groove than before, and more of a sense of space and timing – which is carried off by an excellent lineup that features plenty of electric piano from Bob James, plus work from Hubert Laws on flute, Eric Gale on guitar, Freddie Hubbard on trumpet, and Toots Thielemans on guitar and harmonica. There's also added soulful vocals at a few points too – more chorus than lyrics, at a level that hints at the jazz/soul crossovers that Quincy would do in the 70s – on a set of tracks that's completely sublime, with titles that include "Killer Joe", "Dead End", "Walking In Space", and "Love & Peace".  © 1996-2023, Dusty Groove, Inc.