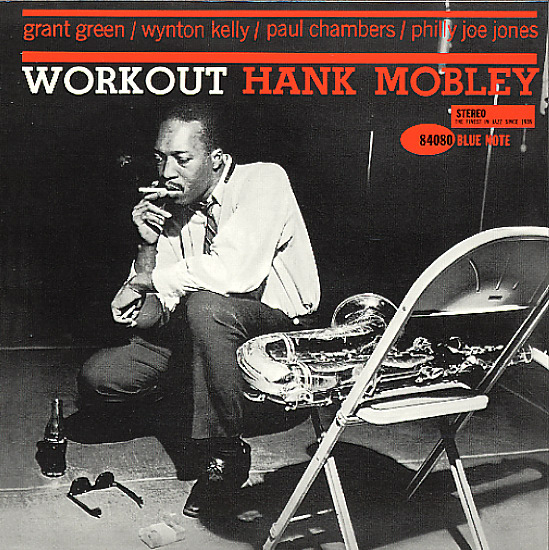 Also available
Hank Mobley — Workout (RVG remaster edition) ... CD 11.99
One of the greatest albums ever from Blue Note tenor giant Hank Mobley – a set that really explodes in all the new directions Hank was taking in the 60s! Mobley in the 50s was already the stuff of legend – a tremendous soloist on tenor, and every bit his own man – firmly focused forward with a voice that was already tremendous – but which was turned towards a lot of new ideas with records like this! Both Mobley's phrasing and rhythmic construction are different here than a few years before – still every bit as soulful as ever, but able to open up with richer imagination, especially on the strong original tunes on the set. The group's great – a quintet that offers up both guitar from Grant Green and piano from Wynton Kelly – and rhythm is by the mighty team of Paul Chambers on bass and Philly Joe Jones on drums. Tracks are longish, with plenty of room for solos – and titles include "Smokin", "Greasin Easy", "Workout", and "Uh Huh". CD features two bonus tracks – different takes of "Fountain Of Love".  © 1996-2023, Dusty Groove, Inc.