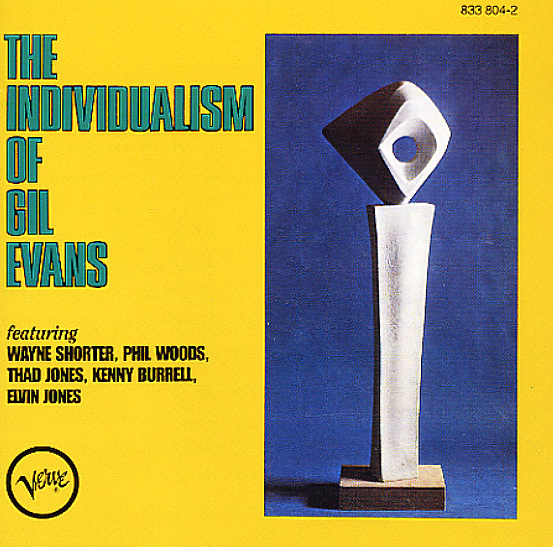 Although Gil Evans is probably best remembered for his work behind Miles Davis, the albums he cut on his own are actually even more interesting, and feature a far-reaching conception of modern jazz, executed by Evans, and some of the top players of his day. This great album from 1964 features a host of wonderful musicians – including Steve Lacy, Eric Dolphy, Johnny Coles, and Wayne Shorter. The set includes mostly original compositions by Evans, like "Las Vegas Tango", "El Toreador", "Flute Song", and "Hotel Me" – all of them a shimmering blend of free solos and tightly composed orchestral passages, filled with rich colors and shades of warm imagination! Plus, this CD also includes bonus tracks – "Concorde", "Spoonful", "Nothing Like You", and "Proclamation"  © 1996-2023, Dusty Groove, Inc.